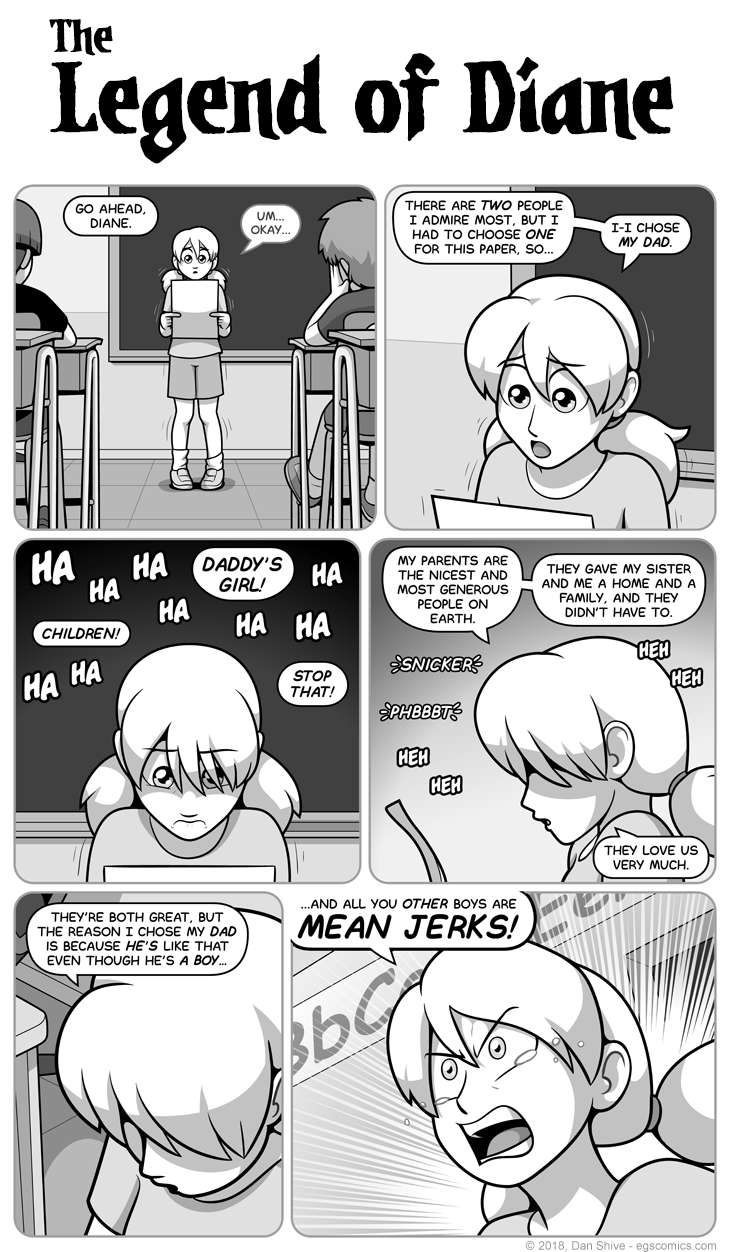 And we're back! And experimenting with larger comic sizes! Proportionately, it's exactly the same as before, just bigger.

I can't think of any reasons this would be a problem, but if for some reason it is, please let me know. As for older comics, resizing them would take quite some time, so I'm not sure about it for the moment.

The Legend of Diane

This title works on a few levels, which is how I like my titles. What initially got me going with ideas for this storyline was criticism of Diane's new hairstyle, and it's evolved a LOT from there. How the heck that happened will be evident soon enough.

I decided this was the storyline I wanted to come back to because, among my options, it felt the most separate from Sister 3 in feel and subject matter (even if it does reference things that happened in it).

Well, that, and it addresses the whole hairstyle dealie.

While story comics were on break, there were seven EGS:NPs and five sketchbooks (though one the sketchbooks is an image I did a while ago for elsewhere).