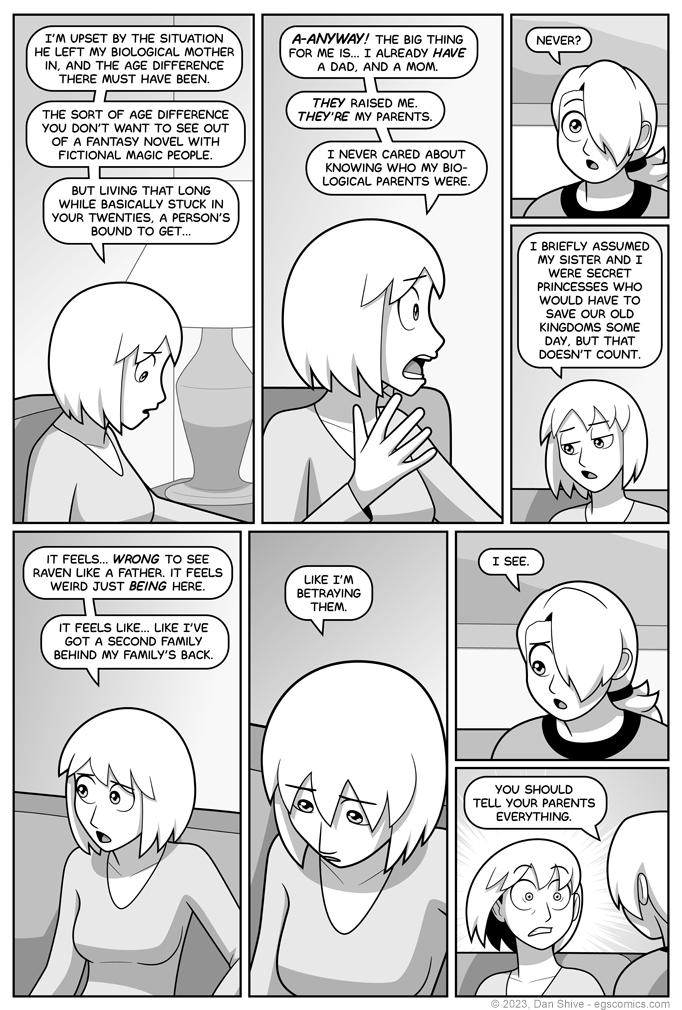 One thing about feelings is that your feelings are not in words. Your feelings function on a mysterious innate logic beyond words, and all we're doing with words is trying to find words to help us make sense of them, and potentially explain them to others.

It's even entirely possible the best we can come up with won't even be right, and warp our perception of our own feelings.

Is "betrayal" fully encapsulate what Diane is feeling here? Probably not, but it's the best she could think of.

Seriously, though, what's with the wombat I just made up for that hypothetical show?

Why are they there? WHY CAN THEY TALK???