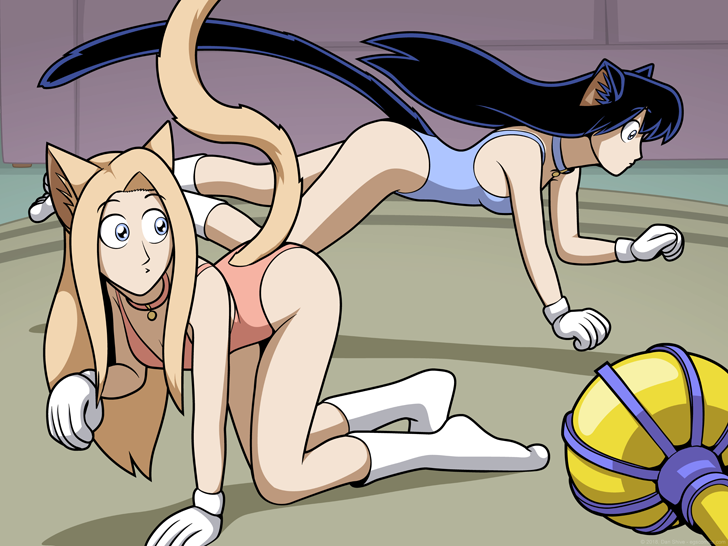 Poll Description - Diane and Susan have been given the Pet Kitty form from Goonmanji 2, and fully embraced the mental effects.
I'm not certain what Susan is chasing after, but Diane wants it now.
This was voted on well before any changes to Diane's hair, and I found myself wanting to do both styles. I have milestones to do that involve having multiple variants, so I decided to just go ahead and have both hairstyles to get a feel for doing that again.
It turns out it's even easier than I remembered, so sure, we get both hairstyles, and two versions of Susan because why not.
Speaking of hair changes, I've always wanted Diane to have more "realistically" blonde hair, but this is the first time I've gotten it to really look the way I want. I'm happy for plenty of characters to have hair that's more yellow than true blonde, but I want some realistic blondness too, gosh darn it.