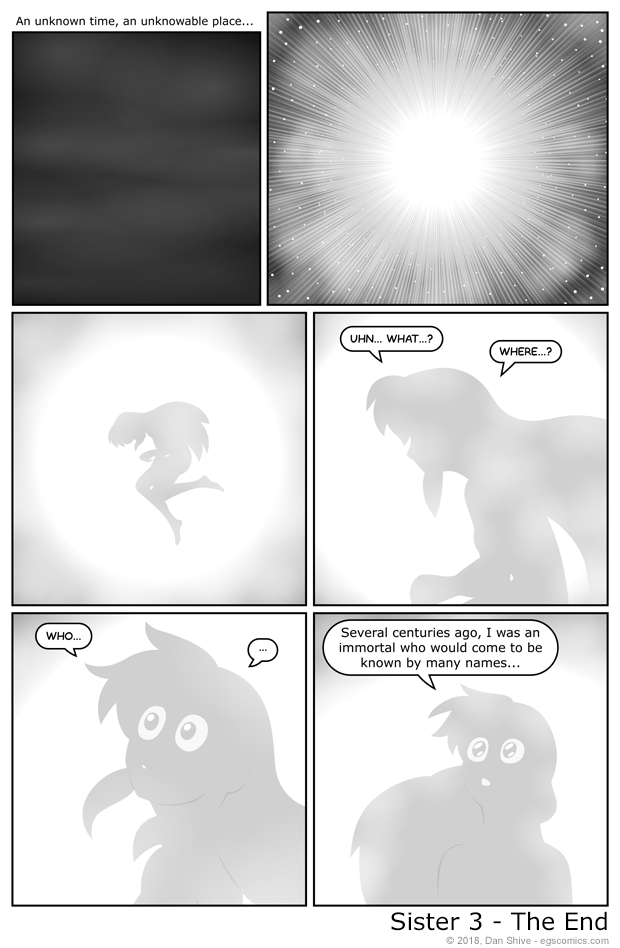 Posted August 1, 2018 at 1:00 am
- "Several centuries ago, there lived an immortal who would come be known by many names..."
- Immortal recollection

And so, 310 pages later (if you include the cover), Sister 3 finally ends. What follows is a short break from story comics until Monday, August 20th, but EGS:NP will continue as normal.

There will be sketchbooks at LEAST on Tuesdays and Thursdays starting Tuesday, August 7th. If there are more, I will mention them in the EGS:NP commentaries, and will be announcing them via Twitter as well.

As for Sister 3 itself, it's been fun. Also LONG, holy carp. I don't ever plan to have a story arc this long again. The length of it was a result of having SO. MANY. DANGLING PLOT THREADS to pull, however, so it's not something that should naturally happen anyway.

Looking forward to many more stories in the future!