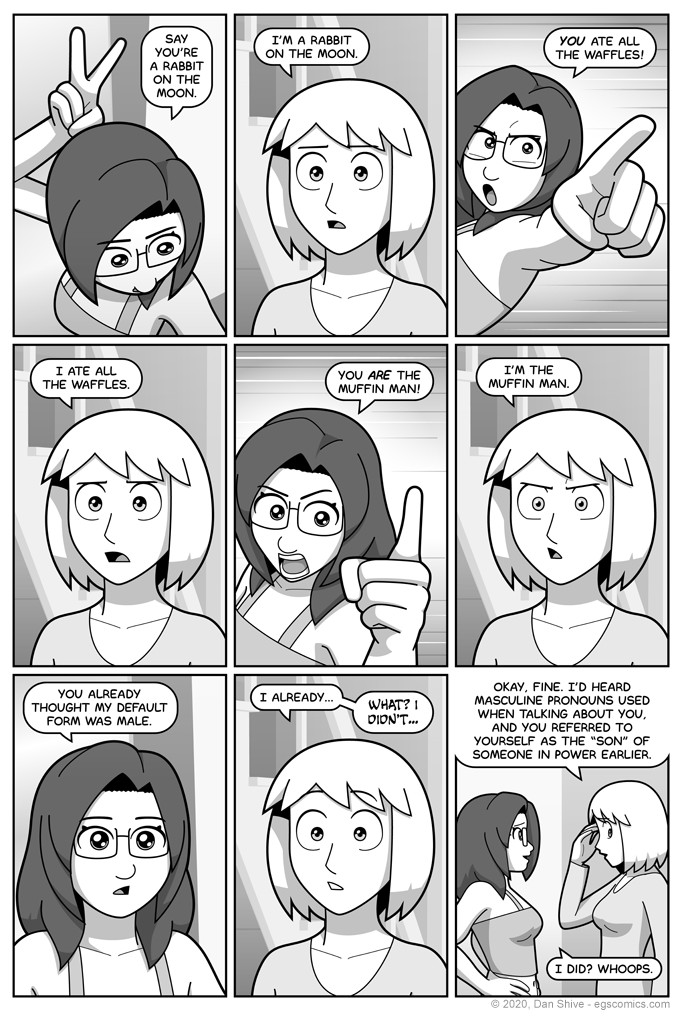 - Diane first doing something odd with her voice ("Hey Listen!" in the cafeteria)

- Diane showing up at the party ("Hello")

- Tedd refers to herself as "the son" of someone in power

Firstly, this will naturally come up in the story soon, but Tedd's spell can change Tedd's default form. That's why the mirror isn't showing a masculine form. Tedd's feminine form isn't an enchantment (the long hair and outfit change, though, is).

Secondly, for some reason, I thought I had more examples of Diane doing this voice. After the previous page, I assured people I would do the arduous task of gathering up ALL the examples for today's commentary!

I, ah... I probably could've done that on the previous page. Sorry about that.

For some reason I thought I should wait until they progressed a bit further in this discussion, which arguably would be Wednesday's comic after I decided to have some fun with the "make Diane say stuff" sequence, but by then I'd already said "Monday", and no real reason to put it off, so...

Anyway, panel one refers to "the rabbit in the moon", which is a thing in some folklore and stories because, looked at a certain way, there appears to be a gosh dang rabbit on the moon. It is also my understanding that Usagi Tsukino, AKA Sailor Moon, means "Moon Rabbit".

How's THAT for comic commentary?