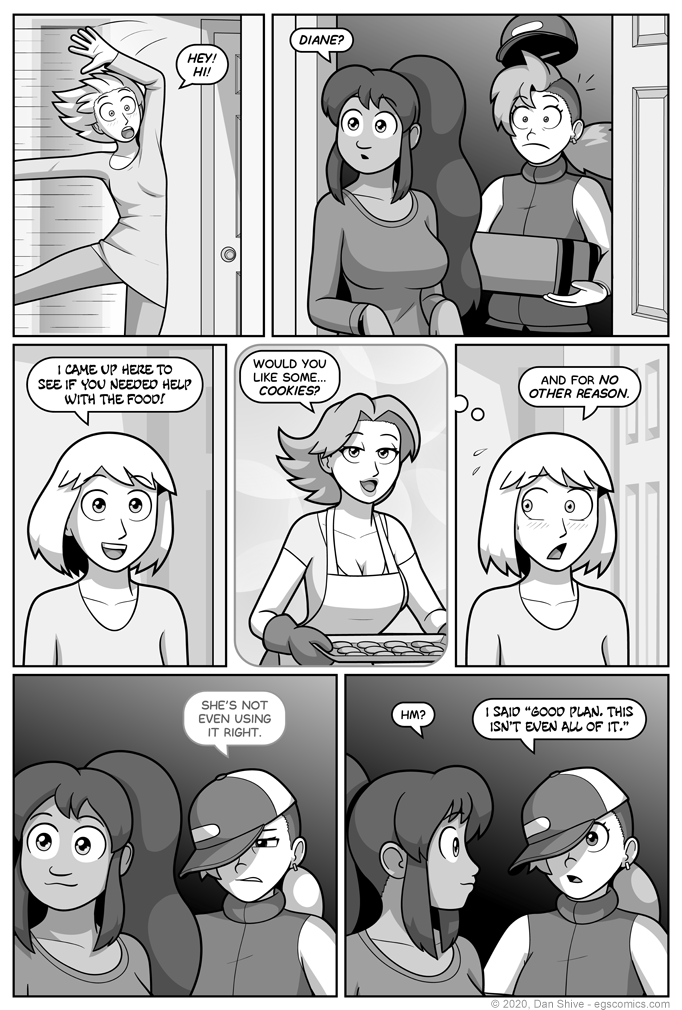 This comic was posted late, and the comic following it is also being delayed for writing reasons.

I realized after the previous page that certain things I'd intended to be clear enough to function as clues and hints were about as clear as mud, or, at least, so separate in the archives to effectively be so. For example, we saw Diane with that sort of lettering in The Legend of Diane (referenced above), and very, VERY briefly with one word earlier in this storyline, but this called for a better, more recent example.

So BAM. Suddenly Diane, because Justin's just TOO MUCH!

...Look, I had worse excuses to get her upstairs while also having something to say that would function as what we need here, okay?

Anyway, none of this hugely changes the story, but there are things to sort out to make sure everything's being communicated as it should be. I actually want it to be reasonably possible to deduce what might be happening a lot of the time. I take it as a sign that I'm doing my job properly if someone can guess something close to what's going on once all the clues I'd intended are there.

(I'm not sure exactly what a non-literal cookie would be, but I know I don't want to imply it here.)

EDIT - Certain things are meant to be clear, but not everything. I mostly just wanted people to see the Diane connection, and to have more info to take a rough stab at what's happening. That's all. This isn't meant to be an "everything is obvious now" moment.