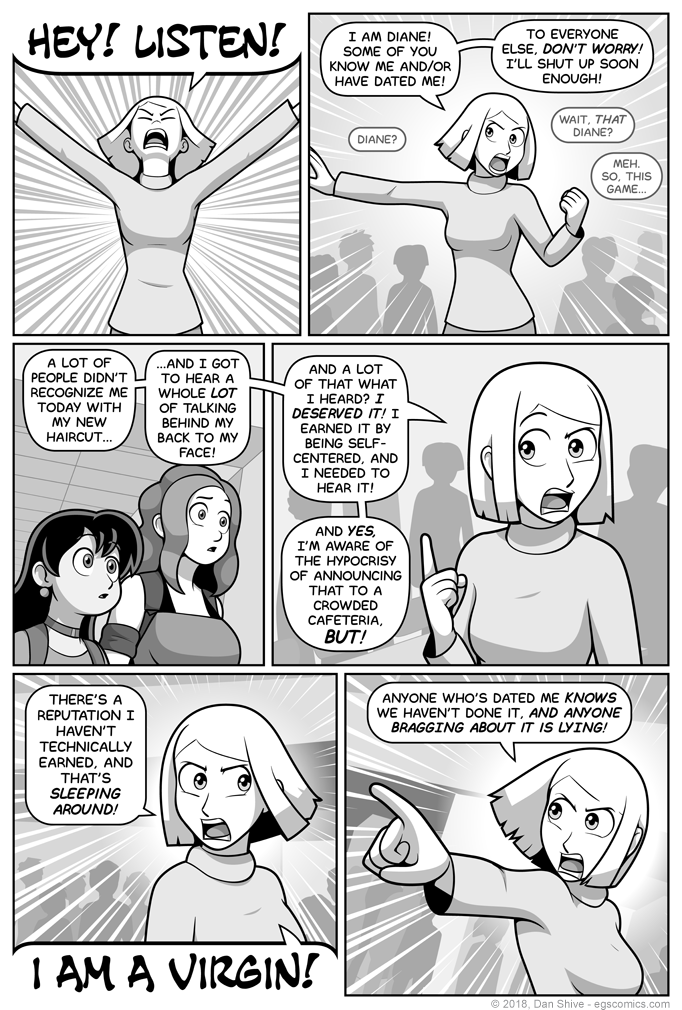 We'll get to know Diane's thoughts on just what the heck she's doing on Wednesday.

I suppose that's a minor spoiler, but as I type this, I'd rather point that out than face the next couple of days worth of reactions without having pointed it out.

I felt it necessary for Diane to say something to get everyone's attention before she started talking about stuff, and I did try to think of something other than that for her to say in panel one.

But then the fact that I like the idea of Diane unintentionally referencing pop culture won out.

She knows not what she's done.