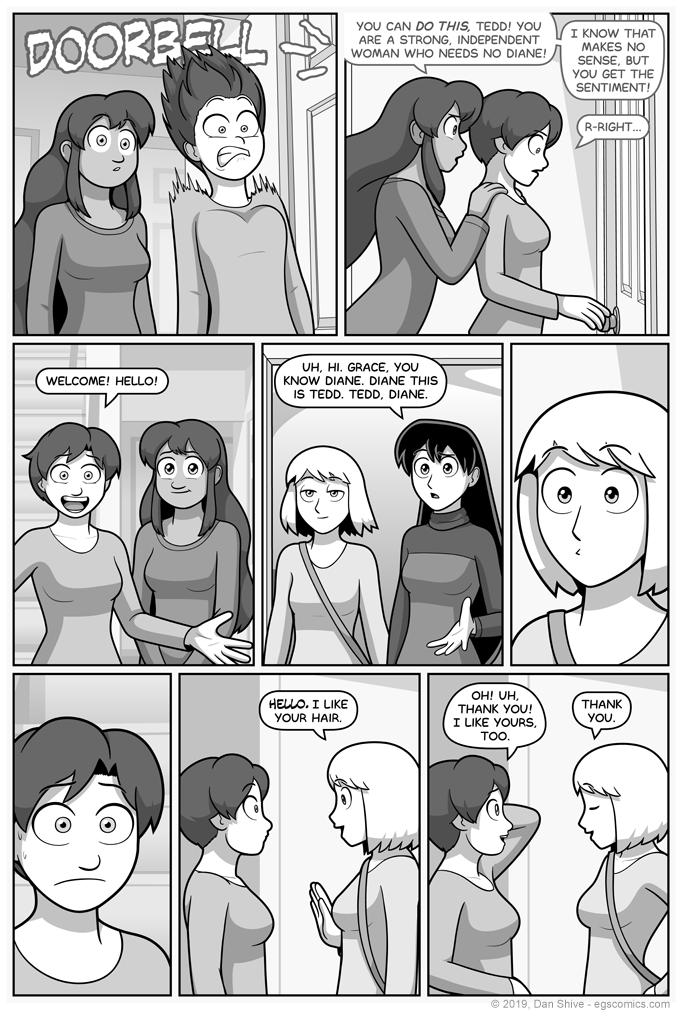 I wasn't even trying to do anything by having the characters who have most changed their hair are compliment each other's hair. I realized what I'd done rather quickly and was amused by it, but I just wanted Diane to compliment something really quickly without having much of anything to go on, and for Tedd to reciprocate. Hair is just what sprung to mind.

Actually, no, that's the second thing that sprung to mind. The first thing that sprung to mind was a clothing compliment, but I felt Tedd's outfit, while nice, wasn't very distinct. If Tedd were wearing something more distinct, like Ashley's skirt with the bow on it, it's possible I would have completely missed accidentally referencing them having changed hairstyles.