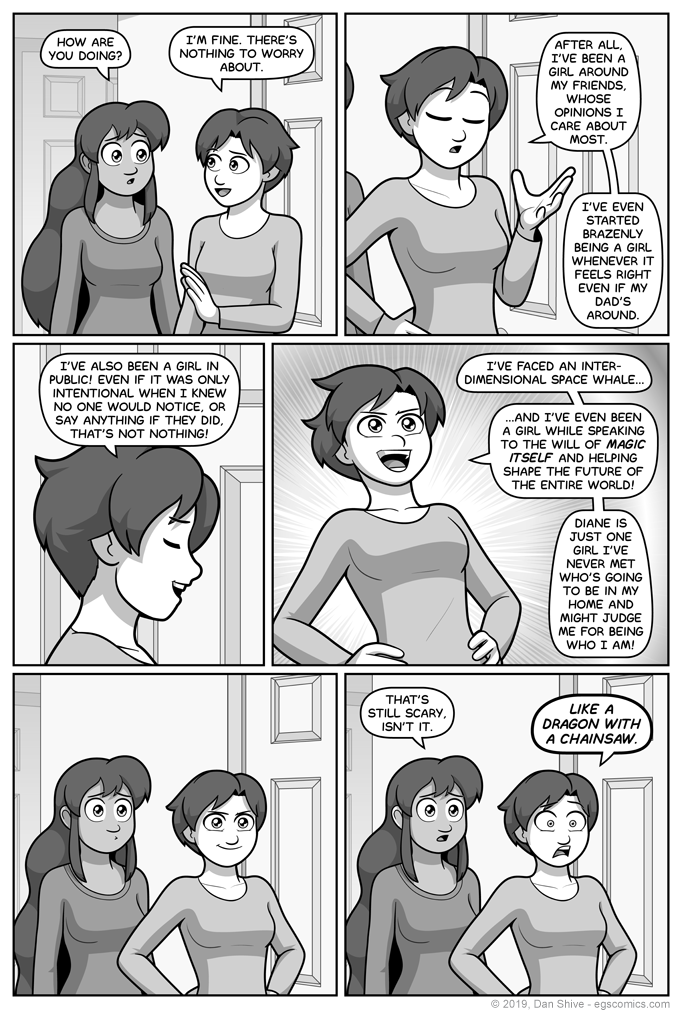 This is the start of Part 3 of Title Pending, which I have titled Untitled Party.

No, YOU'RE confusing! Also, it might be part 4 or 5 later should I decide to break this party down into smaller chunks, because my goodness, it's already page 80.

Seriously, imagine a giant being, potentially without opposable thumbs, awkwardly dropping a chainsaw from twenty feet up. Even if they didn't manage to get it started, that would be a dangerous situation.