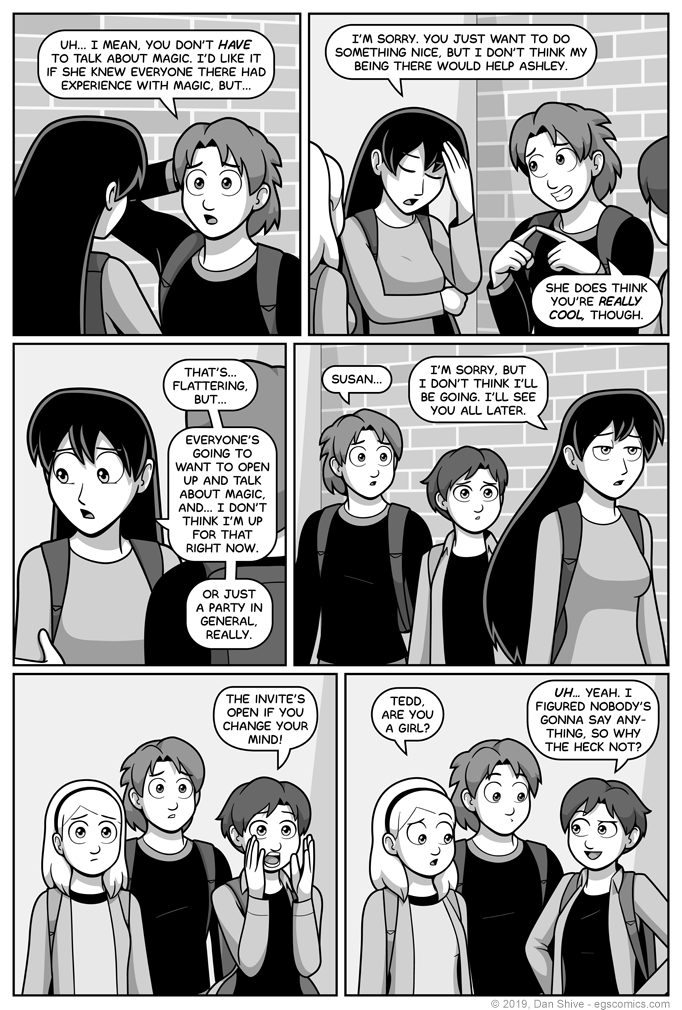 Susan did not have the best time the same night of Elliot and Ashley's second date, and she was not in the greatest of moods afterward.

This will, naturally, be made note of in the comic itself soon, but I decided that's not soon enough in "as the comic is made" time. It's plenty soon enough for all you space wizards reading in the future, yes, but present me didn't want to wait two days to have that pointed out.

Tedd was drawn female in the previous comic, too, but I totally cheated by having the inside of her jacket black so it would blend with her shirt and hide her figure. Granted, that's probably more realistic than her shirt being more form fitting, but that's not how I normally draw her, so it was still cheating.

What's funny is that someone suggested Tedd was female in the comic before that, and he was supposed to be male on that page. Granted, with Tedd, I suppose gender is sometimes open to reader interpretation.

As for Tedd's claim in this comic, she's got a point. Plus, if anyone did point it out, she could quickly become male and say "nuh-uh". It's obviously the perfect plan.

Granted, Sarah's said something, but that doesn't count towards Tedd's ingenious plan, here.