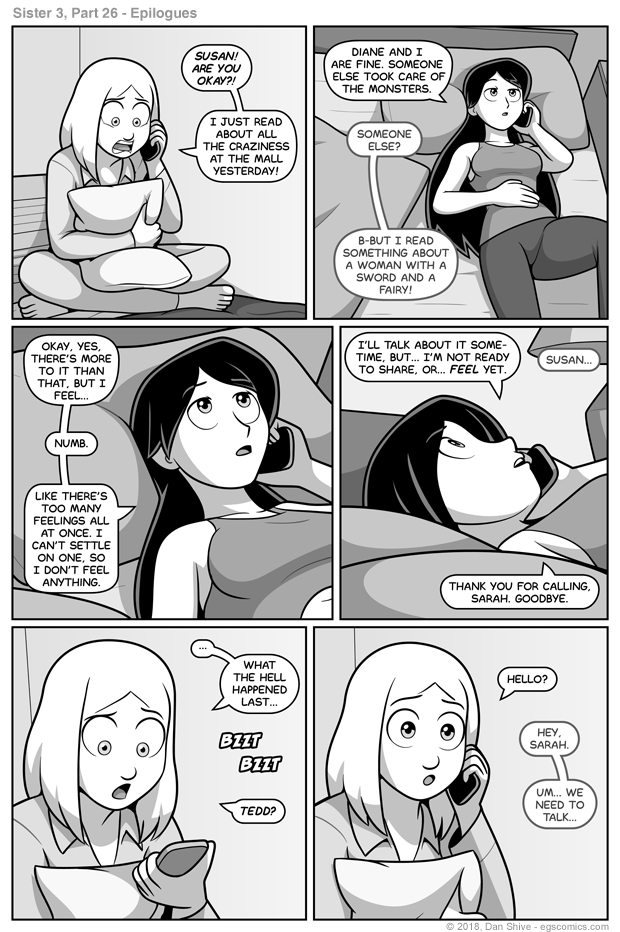 As is apparent, it doesn't take terribly long Susan's hair to return to black after accessing her reserve power. Granted, it will vary depending on how much she uses, but she's at least slept since then.

I mean, in theory she's slept. Might've been difficult after the night she'd had.

We will see some of Sarah's non-date with Sam at some point. I've thought about it, though, and I'm not going to worry too much about making a big storyline out of the date itself.

What I'm scheming is to show enough to see how it went in a future storyline, and then to move forward with whatever's going to happen with Sam and Sarah. It's less about the one not-date and more the progression of their relationship anyway, and this way they're moving forward with the rest of the plot instead of placing priority on one flashback.

(Though yes, I need to show some of it, or the lot of you will murderize me. I do understand this.)

(Also Luke and Justin will be having their date at some point, though they hadn't actually set a date on that yet, so that won't even be a flashback.)