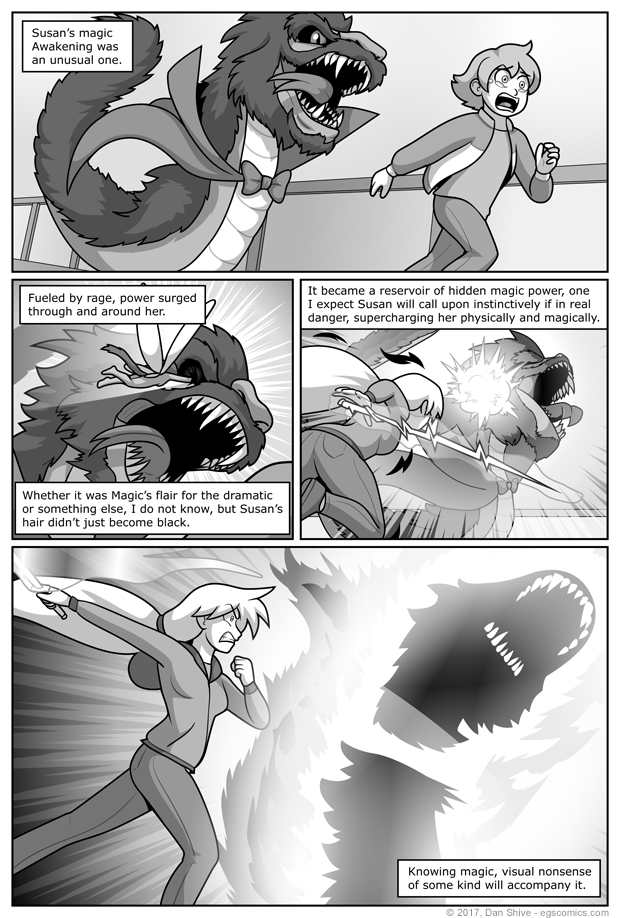 I'm sure the rest of the the vampires will be equally easy to deal with regardless of the now lost element of suprirse.

I was considering giving susan a spell that would help close the gap between her and the vampires, but I was never that keen on the idea. I was keen on maybe naming the spell after Van Helsing, Dracula novel character / moster hunting badass depending on who you ask, and maybe running with the "sing" part of it somehow by calling it a song of some sort (possibly involving hell), but I was less keen on the spell itself. Seemed too much like a guardian form, which I don't want to start handing out like free pancakes.

Super late in the writing game, I was looking back on Susan's awakening and the flow of blackness into her hair, and thought "what if that didn't JUST change her hair color?"

And then I was like "there's tons of reasons why magic being stored in Susan's hair would be awesome, and it's a super original idea!"

And then I was like "wait, didn't Tangled have magic hair that changed color when the magic was removed?"

And THEN I was like "what I'm doing is different enough, and it really fits Susan's character", and I responded to that with "I guess that's okay, then", and then I was like "you wanna get some lunch?", and I was like "yeah, I'm super hungry", and THEN...

- EGS:NP (should be up soon, if not already)