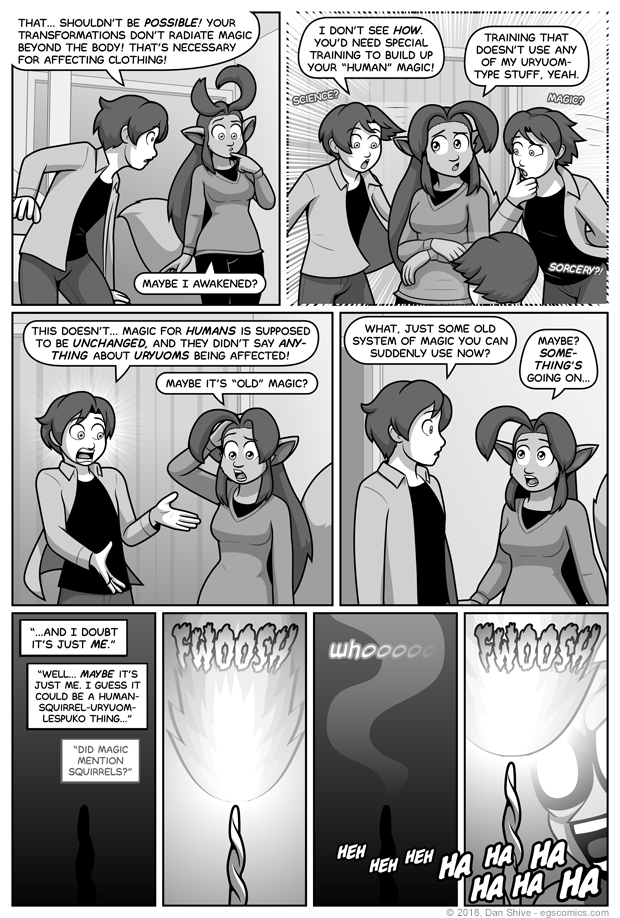 ...Yes, Grace. Magic specifically mentioned squirrels, and how it had decided to give squirrels magical abilities.

I've been experimenting a bit with how I draw Grace's eyes. Her darker skin / fur tone means I don't need a line on the bottom to have the edge of the eye still be defined in greyscale, and I think it looks a bit better that way.

I'm trying to vary eye styles more, and I think it makes her look a bit more wide eyed in general, which suits Grace.

There isn't a lot I can do with the core characters eyes without them not looking like themselves, but this I think I can. I look forward to experimenting with more extreme variation via secondary characters.

Oh, and I guess there's an Uryuom pyromaniac or something. I dunno.