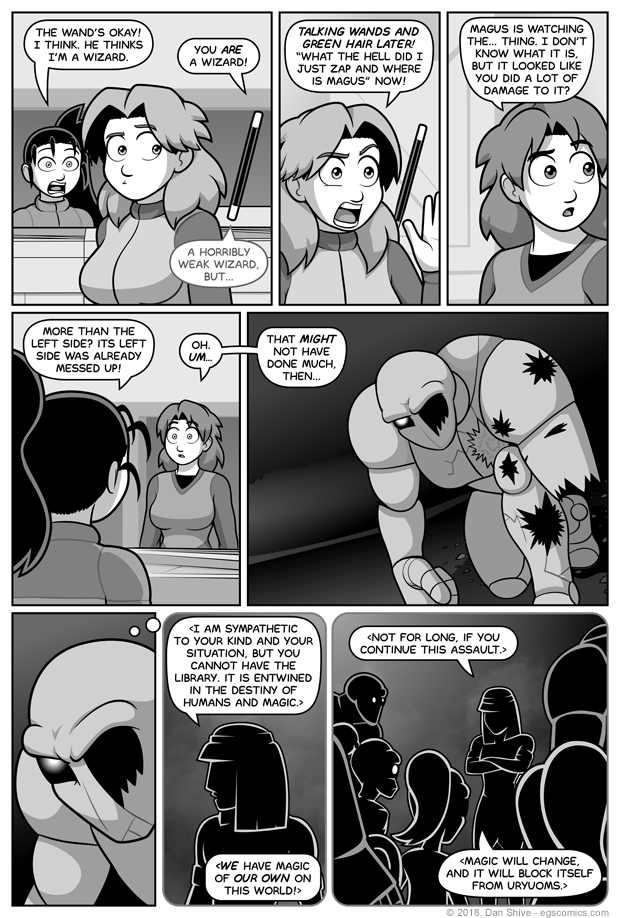 - "Entwined in mortal destiny", though perhaps more specific than that

No one expects sudden uryuom relevance!

Also, I guess they're not a librarian, then? They're, like, the opposite of a librarian, which would be, um...

You know what? I'm not sure there's a proper opposite. They were apparently trying to take or claim something from a an old crypt or tomb-like place, so let's just say they're a tomb raider.

EDIT: I nearly changed Ellen's dialogue in panel two because Elliot and Ashley didn't learn Magus's name until after Ellen was passed out, but then I remembered that Ellen was aware while possessed by Sirleck, and very easily could have gotten Magus's name any time before the zapping.

EDIT 2: Evidence suggests I did not make it clear enough that the last two panels were flashbacks to a really, REALLY long time ago (the thing the golem now remembers), so I added thought bubble circles to connect panels six and seven.