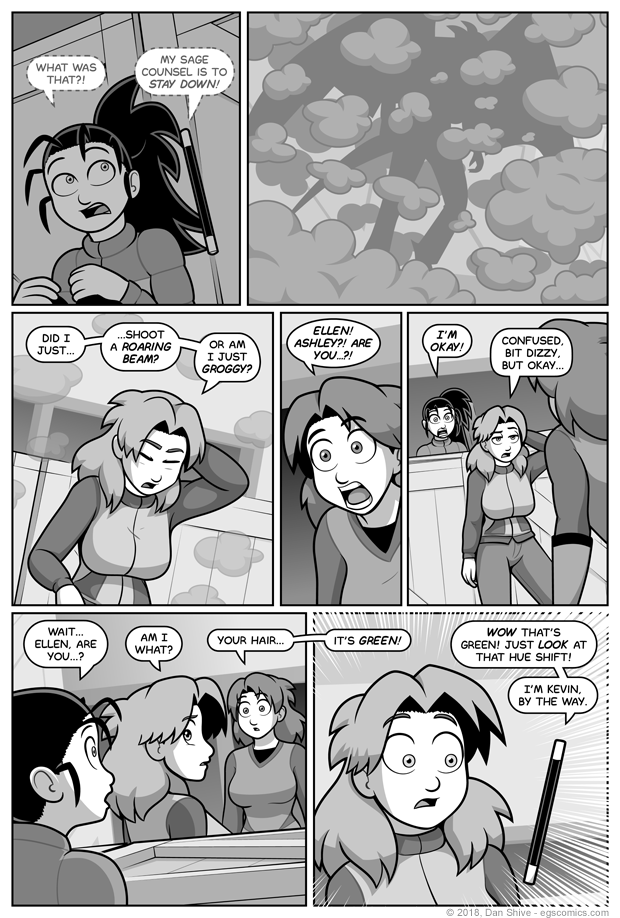 Gonna go ahead and throw out a VERY minor spoiler: This has nothing to do with Sirleck. I hope to make that clear enough soon, but ye gods, I can imagine the theories now, and I'm just going to make a big "nope" note of it now.

Ellen's hair is a light green, mostly so I ccould have it be noticeably lighter (at least when side-by-side with Elliot for reference), but yes, this is a case where I have to lampshade* the comic being in greyscale.

* Purposely draw attention to something because people will notice it anyway

On the other hand, this is a case where I can have FUN with lampshading the comic being in greyscale! I originally thought to do that via over-the-top narration about how green her hair was. I felt it was a bit too much, however, and why even have a talking wand named Kevin if they can't take care of something like this for you?

Sidenote: While working on this comic, I was reminded of the word "grog" (meaning a variety of alcoholic drinks, typically associated with pirates), and for the first time realized the likely connection between "grog" and "groggy". My fragile mind could barely handle it.