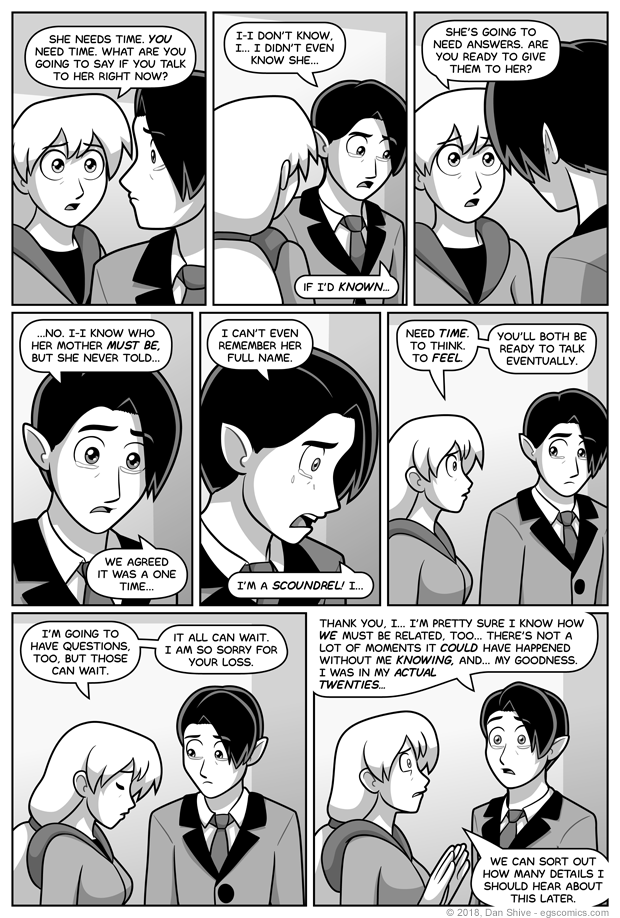 "Seriously, take all the time you need and maybe get to know me better before you decide which details about this sort of thing you want to share with me."

The specifics of Susan's ancestors are unclear at this point, but whatever the circumstances, they either allowed for Raven to not know there was a pregnancy, or for him to naturally assume someone else was the actual father based on what he thought he knew about himself.

This would mean only a couple cases in a few hundred years of being misinformed about such a thing and acting like there was no chance of it, Worth noting, however, is Zeus's assertion that "half-breeds are less likely to become, or get someone, pregnant".

On the other hand, maybe Raven is more certain about this than he should be.

SCENE CHANGE! I'm sure nobody's been wondering what the second purpose of a seer is and were hoping it would take a few more years to get to it, but we're about to find out anyway, so there.