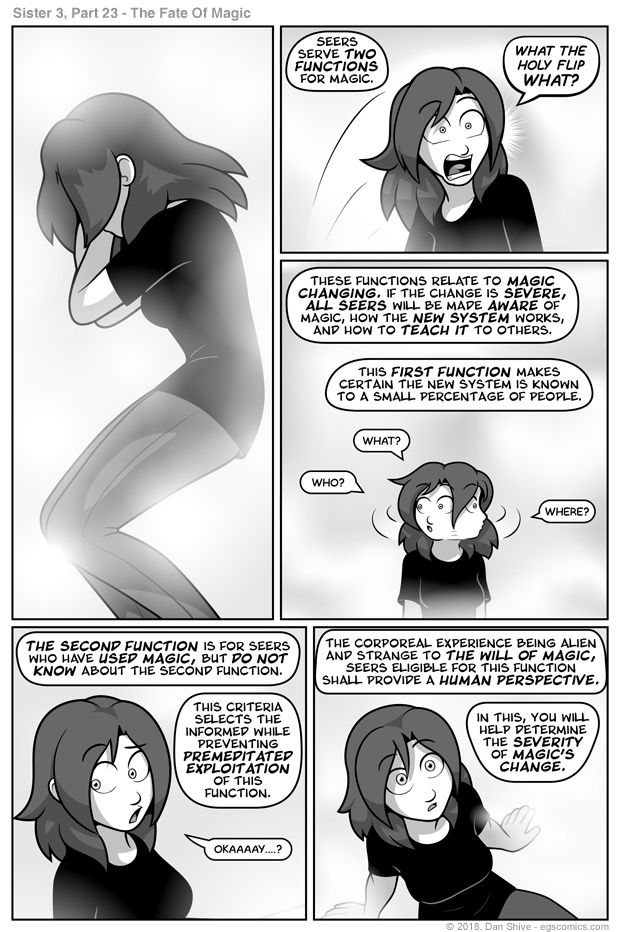 Before we get started with the actual commentary, EGS became 16 years old yesterday! WOO! Yay!

- The purpose of seers
- The first purpose as explained by Pandora

One you see as alien likely looks back with similar sentiment.

You know how the spells they can get sort of reflect who they are, but will sometimes be wrong in a sort-of right way? Magic's doing quite well, all things considered, giving these weird squishy beings of mostly water spells.

Anyway, HUZZAH! Tedd's providing the human perspective, and there will be no complications whatsoever!

It was phrased in a way that might be unclear to some, so to clarify: The reason only seers who don't know about the second function in advance are eligible is so they can't plan ahead to try and get a specific outcome from providing a human perspective. They are meant to be caught off guard and unprepared, limiting the amount of possible manipulation.