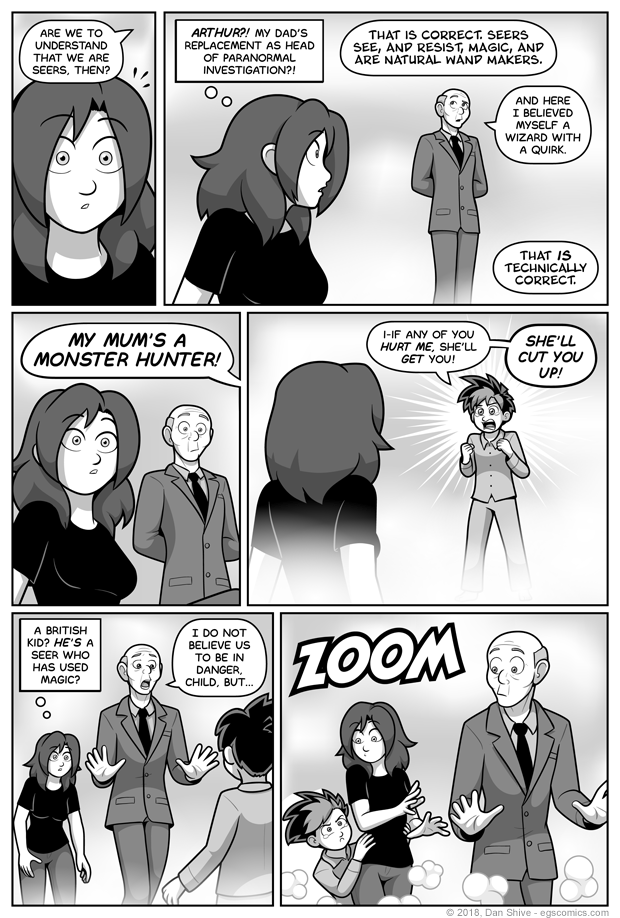 You're very tall and a stranger, Arthur. Maybe don't approach the scared kid with your hands out like that.

This will be confirmed next comic, but the kid's first name is Van. There. I have spared the people reading this as it was first shared two days of resorting to "that kid".

Little else is known about him at this point, but I want to say he might play card games? I think that's automatic with hair like that.

And now we know why I bothered showing Arthur so much earlier in the story arc. Well, twice, but that's valuable comic space, darn it.

As his previous appearances in Sister 3 make clear, Arthur has been expecting magic to change. As his appearance here makes clear, however, he did NOT know he would play such a direct role in its change.

I also like to think Arthur made a point of standing up and looking dignified before letting anyone know of his presence.