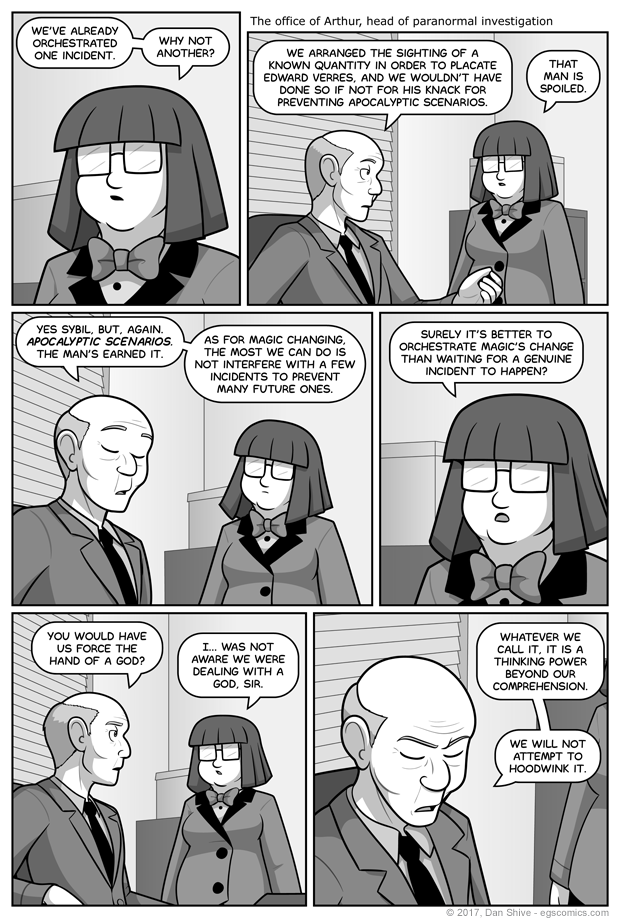 And confirmation that Arthur knows magic is in danger of changing and is actually counting on magic changing. Huzzah!

I can assure you that there is absolutely no reason whatsoever this is being brought up right now, or that I'm reminding everyone that Arthur exists. I'm not known for foreshadowing, and none of this will be relevant later in the story.

Sybil was previously unnamed, and I very nearly didn't name her here, but darn it, I like her too much to not make sure we have something to call her. I mean, come on. She's the only human character whose eyebrows are completely concealed by her hair. Who knows what's going on under there? That's worth of a monicker right there.