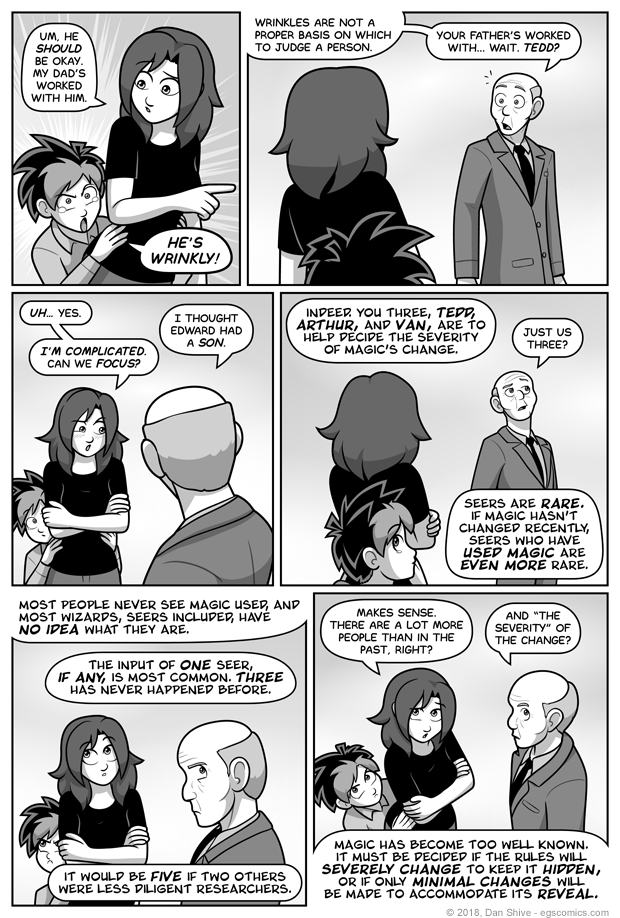 The implication being, of course, that two other seers who've used magic found out the second purpose and made themselves exempt.

Well, that, or the secret was hidden in some terrible temple of doom or something and things didn’t go well.

A common assertion by people after the previous page was that it would be smart of Tedd to keep her identity hidden from Arthur.

Annnnnyway, I’ll have significantly more to say about this page in retrospect later, so I will address another matter:

Van is the child of a monster hunter, and is named after Abraham Van Helsing from the original Dracula novel (and various re-imaginings of the character, varying wildly in badassery and absurdity). References to this character tend to favor the “Van” part over Abraham, and besides which, we’ve already got one, you see.