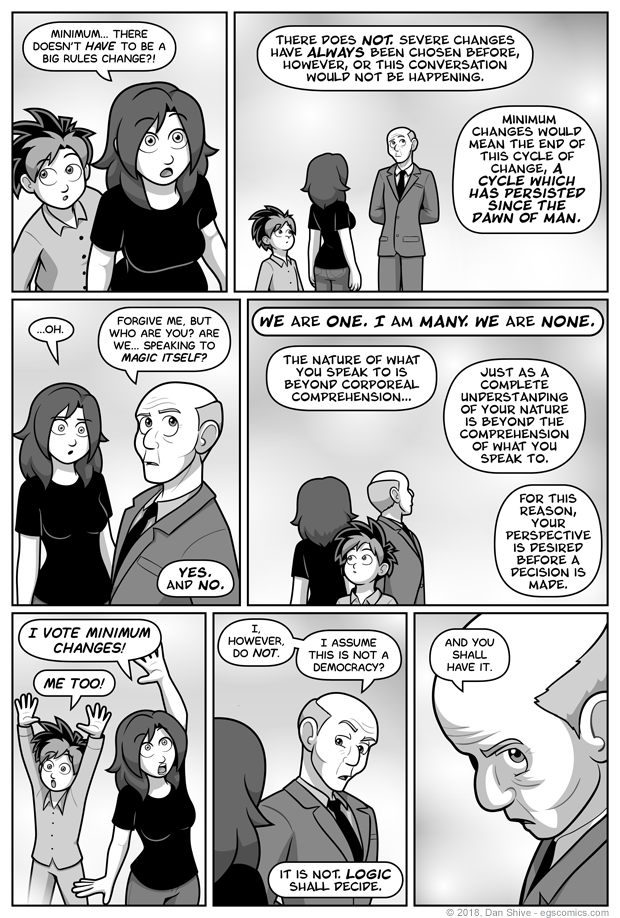 "A cycle since the dawn of man... That couldn't have been too many time minimum changes has lost, right?"

This would be super simple if this were a democracy where the seers vote. I mean, Van's presumably been learning about magic as it has been and wants his mom to keep having magic, so he's not going to vote for a severe change, and Tedd's, well, Tedd, so... Yeah. That would've been over quick.

But no, they're here to give an informed human perspective, not to actually decide how everything should go. Though it is fun to imagine past incidents like this in which no seers were available being put to a vote.

"Let the voting begin. Should magic be severely changed?"