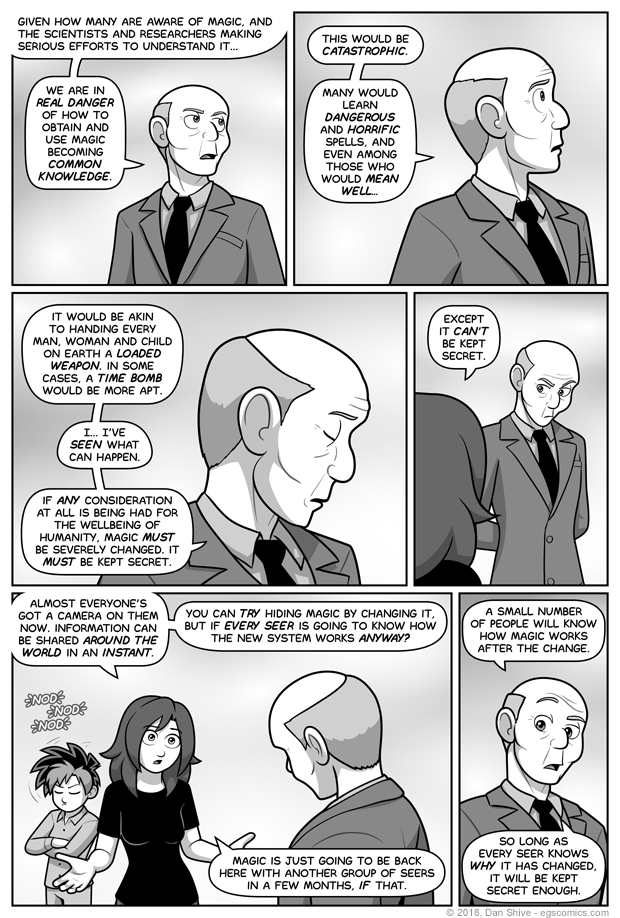 An argument so old that, at its core, it's really not unique at all to EGS. Take any fictional setting in which characters can get unpredictable abilities, and someone somewhere will have an argument like this to justify something.

Which, to be fair to Arthur, is something of an argument against the current system of magic. It's a "reflects the nature of the individual" as opposed to "master magic and learn from set, predictable spells". It's a really good point that he should--

What? Both of them are too focused on whether it should be hidden and winning that argument to raise a point like that?

See, magic, this is why you should've made a "needs to be a seer" exception for Susan.