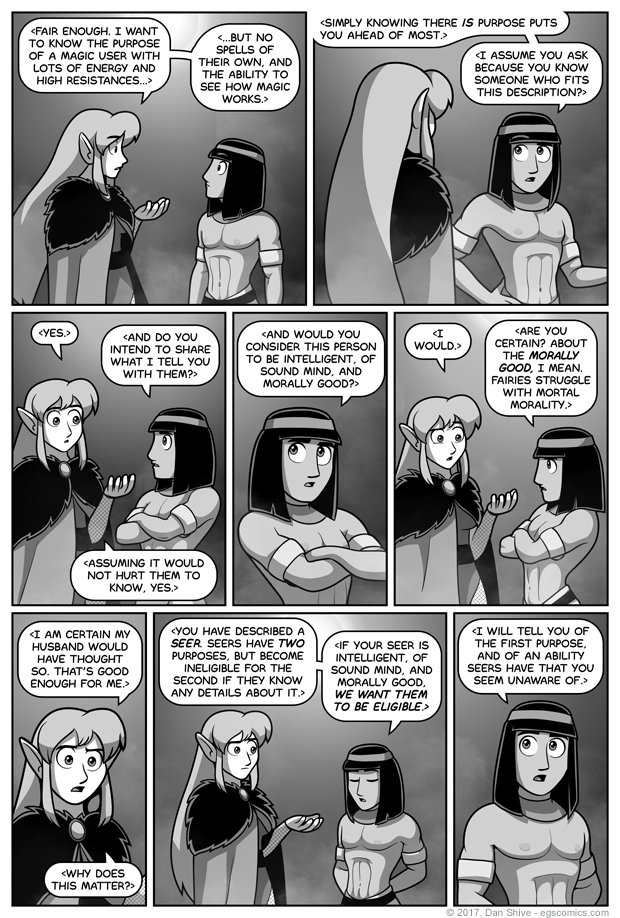 Fool a few kids into carrying chickens around for fun, and suddenly you don't know how mortal morality? Well, la-di-da, Mr. Maybe-god.

Pandora definitely has a "what would Blaike do" mentality when it comes to assessing morality. This might be a good thing? He was definitely heroic at times, but he also got into at least enough tavern fights for it to officially be a thing that happened with him, so... Maybe just don't take Pandora to a taverns?

AND FOR THE RECORD, Pandora's the one providing the light in the room. That's why her hand is like that. She could probably keep the light there without doing that, but she prefers to have to sort of have a hold on the light orb as though it were a torch.