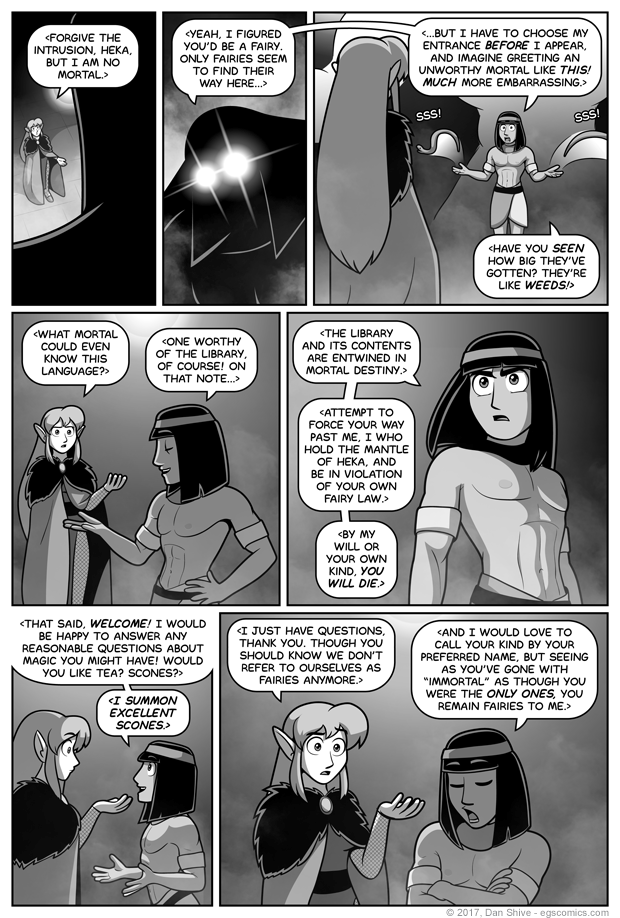 "Honestly, they could be the best scones in the world, and I still wouldn't eat them. Have you looked around you? When was the last time you dusted?"

So, yeah. Pandora may or may not be dealing with an Ancient Egyptian god. At the very least, he's someone who's taken on the name of the god of magic and medicine, is probably immortal, but not an "immortal", and he can summon excellent scones.

So that's a thing.

Which, incidentally, is why with the snakes around his arms. They're associated with Heka. My understanding is that the snakes technically should have been intertwined and possibly, well, dead, given that Heka killed them, but a couple of tangled up dead snakes didn't strike me as quite that intimidating. Maybe if they were skeleton snakes... Mummy snakes?

Darn it all, I could have had mummy snakes.