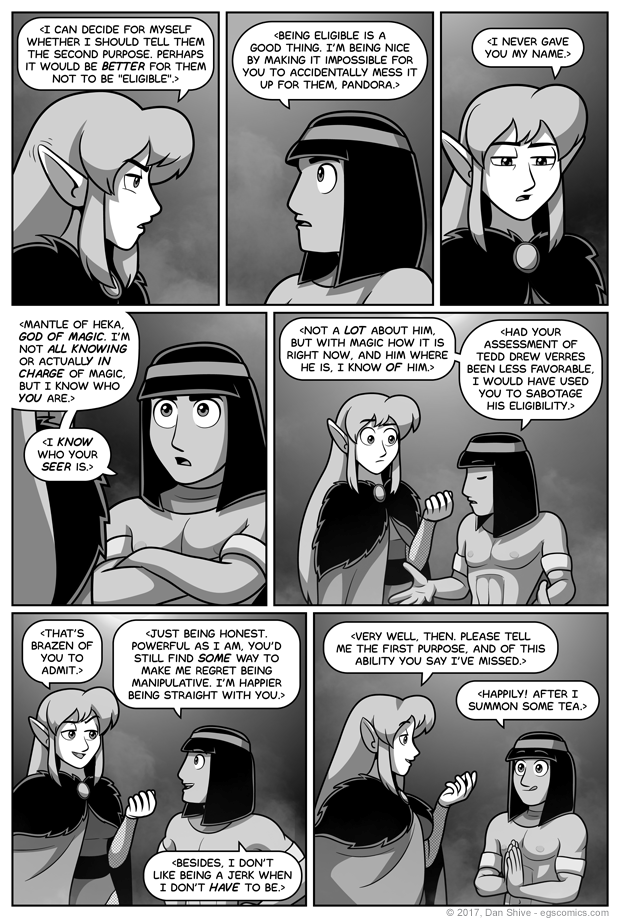 It's going to be awkward when it's revealed "the mantle of Heka" is not a title or responsibility, and is instead just the mantle above his fireplace with the word "Heka" written on it.

Very minor spoiler: The next comic will NOT be the reveal of those two things. Before you throw rotten tomatoes in my general direction, however, the reason for this is because we're going to learn those things later in Sister 3 at the same time as another character.

That's right, Larry! Once Larry gets the scoop, that's when all will be revealed!

Disclaimer: No, not Larry. It's already been said who Pandora is going to share this information with. That's right: Rich!