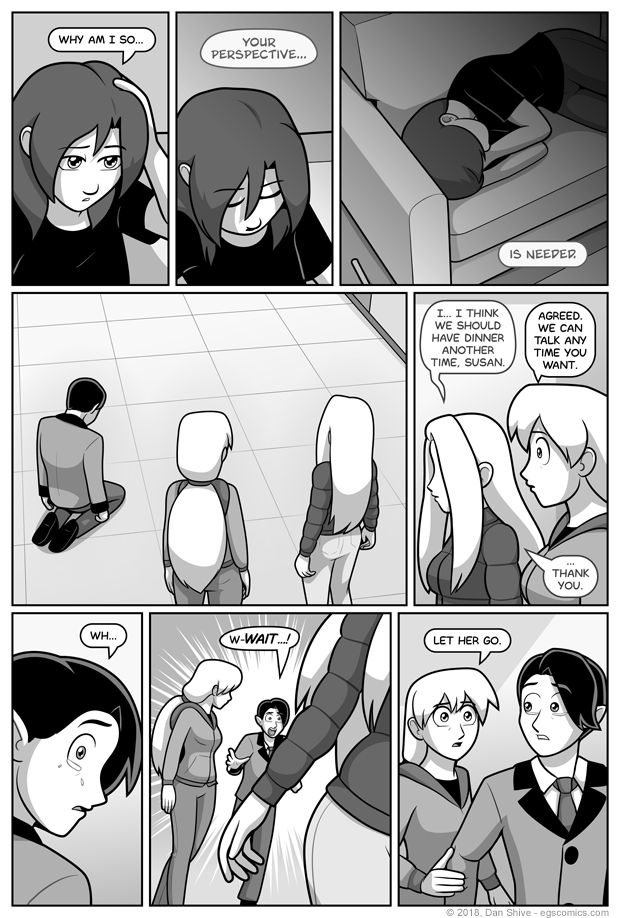 Anyone cursing Susan's interruption, trust me when I say she didn't just prevent a heartwarming reunion of father and daughter.

After the last comic, I expected a lot of speculation about what was up with Tedd in regard to the look on her face and her hand being on her head, but I didn't see much of anything. It makes me wonder what people thought was going on with her, and if anyone thought it was a "I sense a disturbance in the force" sort of thing.