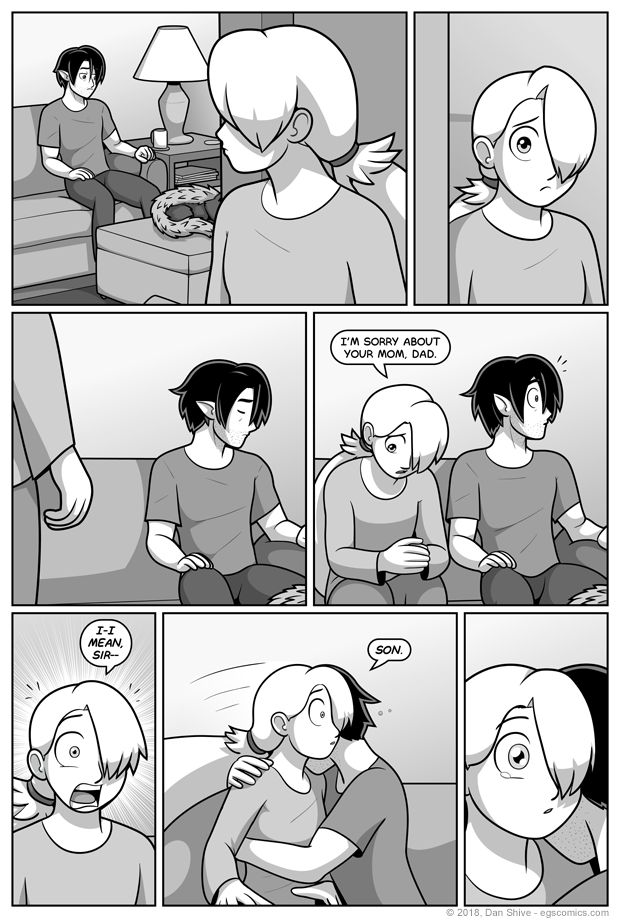 We are jumping around to a bit during this last part, Epilogues. We will go back to Sarah and what Tedd had to talk to her about, however.

(We will also eventually have commentaries that don't involve me assuring everyone that I haven't forgotten about Sarah.)

Noah tries to be very careful and controlled with what he says, and part of how he does this is with a conscious effort to not use contractions. He uses one here, which was initially a mistake on my part. It occurred to me that it's in the same sentence in which he slips and calls Raven "Dad", however, so I kept it. It seems fitting.