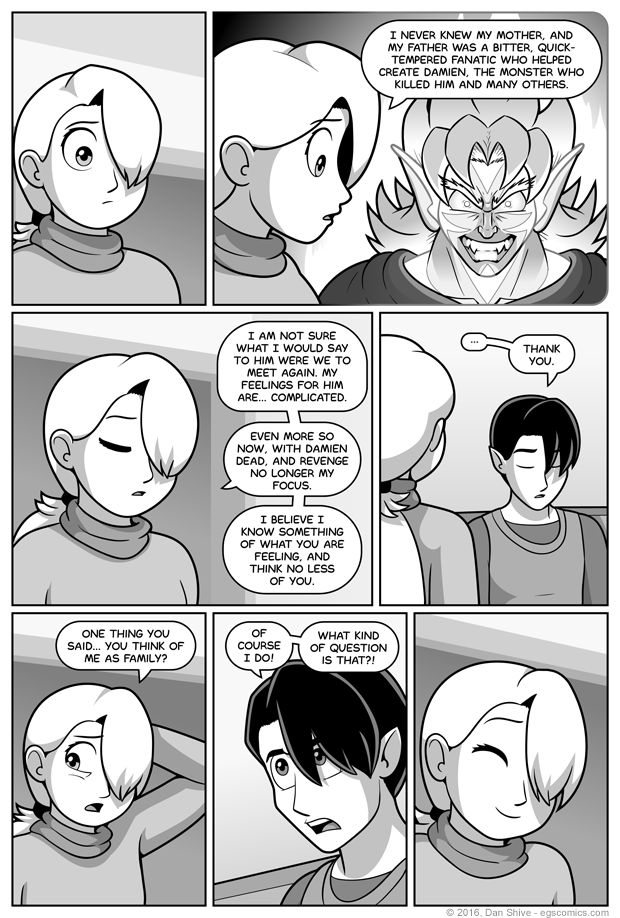 - The creators of Damien
- The Child Left Behind
- "My parents would still be alive"
- "A woman... NAMED Grace?"
- Noah and Raven discuss Damien and Grace

Been a while since I drew Damien! Decided to have fun with it.

Much of this has been implied before, though some of it is entirely new information. In particular, specific details regarding his father's involvement in the creation of Damien, Noah's feelings about him, and Noah's mother presumably dying while Noah was still very young.

As for how Raven wound up his guardian, that's a story for another day!

Well, elaborating beyond "someone capable had to take care of him" is a story for that for another day, anyway.

EDIT - Some people were having trouble telling that was Damien in panel two due to the way his glowing strips were done, so I've made them more obvious. Here's the before and after. I'm not 100% sure which I personally like the look of better, but I'm telling a story, here, so the latter wins for clarity if nothing else.