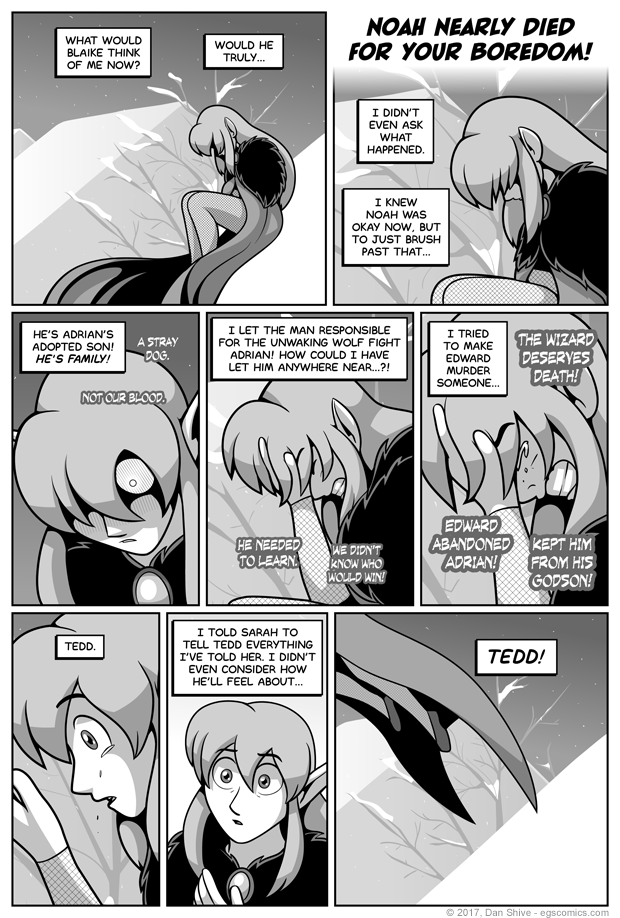 - Adrian Vs. Abraham, creator of the Dewitchery Diamond
- "Make him kill the wizard"
- "You let it happen."

- Blaike
- How Tedd took it

Pandora not having the full story about the events of New And Old Flames confirmed.

Immortals on the spirit plane basically obey the laws of physics when they feel like it. Well, sort of. There's technically no reason that roof should support her, and even if it did, she should sink into the snow. Pandora's decided to sit on the snow without issue, however, and she simply does.

Basically, it's less choosing to obey the laws of physics, and more deciding when to not simply float through things. Nerdily, it's like turning clipping on and off at will in a video game.