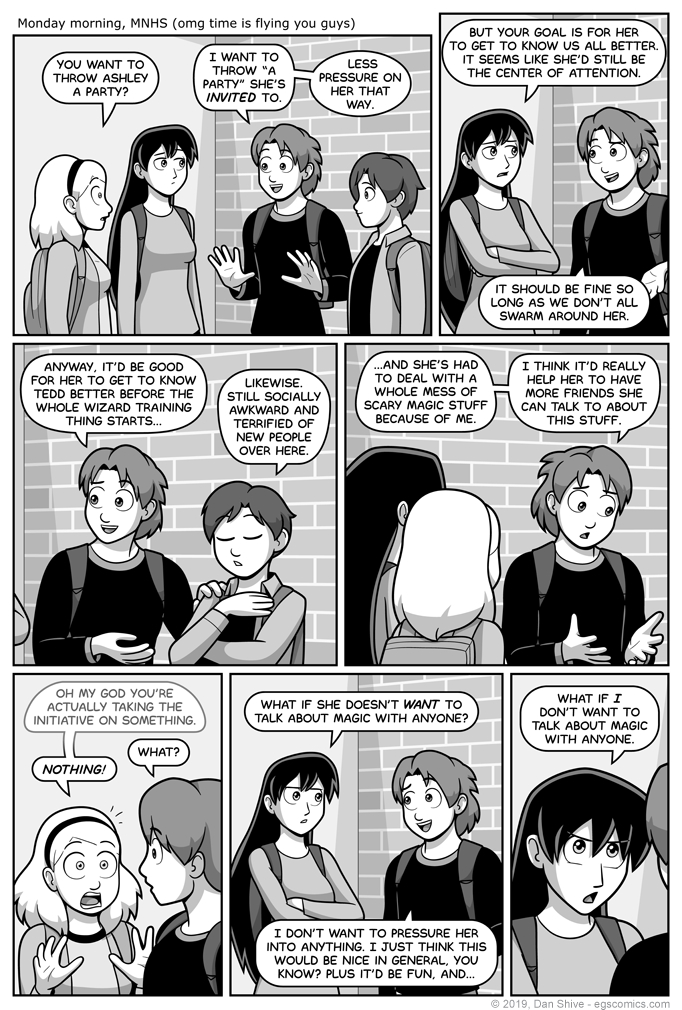 I mean, she does, but she's contractually obligated to object in some capacity at first. Also, she's got some pretty heavy personal stuff going on this time, and possibly some other things that might be less evident? Being the author, I'm not 100% sure how obvious some things are to others as I'm basically cheating by being the person writing this.

Granted, the characters sometimes defy me, so it's not like I'm never caught off guard by my own comic. Also, sometimes I write a logical inconsistency, and I'm all like "oh no the logic this isn't Vulcan at all" and then I need to write stuff so it becomes logical, or throw lampshades around.

I don't know about the rest of you, but I wouldn't want my boyfriend inviting all his friends to a party that was "for" me. A party where I'm meeting them all for the first time and that's even part of the point of it, sure, but if the party was "Dan" themed and there was a cake with my name written on it and all the focus was on me, I'd just find that super awkward.

So yes, that aspect of this was written from a "if I was Ashley and Elliot was my boyfriend, how would I want him to go about this" perspective.

Which is normal and not at all weird.

Note: Were this a sitcom, the party would totally be "Ashley" themed, and there'd be a picture of her face on the cake. That's just how sitcoms work.