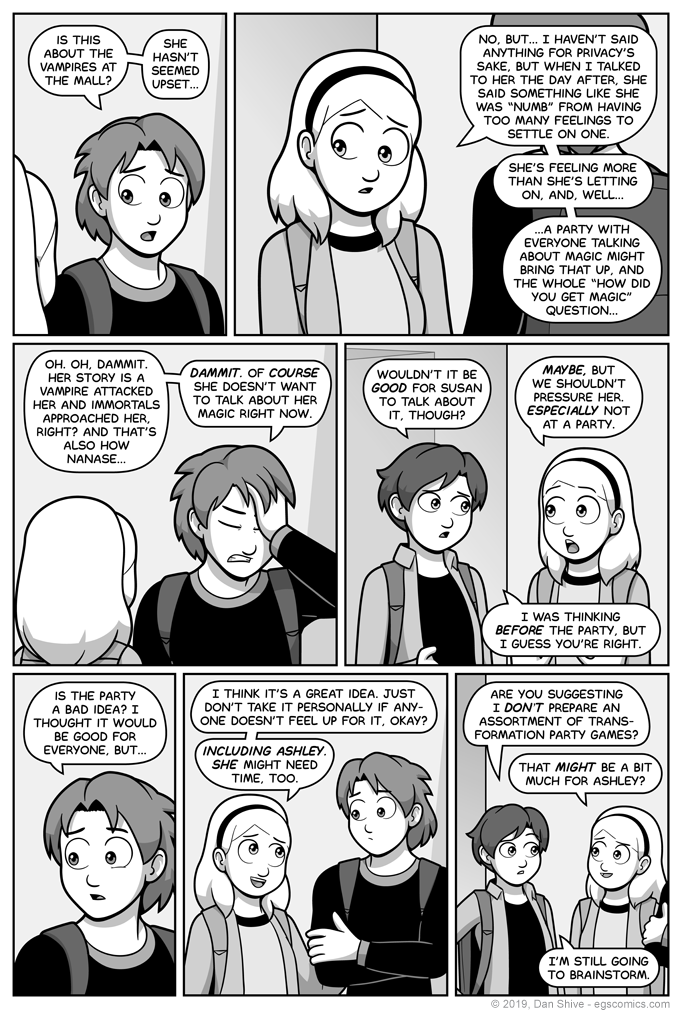 - The origin of Susan's magic
- Susan's too many emotions

In Elliot's defense, when people try to hide their feelings, they sometimes succeed.

Tedd says she's going to brainstorm, but her mind's likely to stuck on the idea of "spin the TF gun", which she might not want to show Ashley. Then again, she could make a wand for that purpose, and... Yep, Tedd's taking down notes.

As for "being too much for Ashley", that could be true in a number of senses. "I don't know what happened! I just told her about this party game that results in magical transformations, and she fainted!"

The third-to-last panel's note of "good for everyone" was important to me, as I wanted to make it clear that Elliot wasn't just thinking "hey, let's indulge my girlfriend". Helping Ashley's what got the party ball rolling, but it's a party with friends, darn it, and intended as fun times for all.

If I'm being 100% honest, I'm not sure when, canonically, Elliot was told about Susan's magic backstory. Sarah and Grace definitely heard it from Susan, but they wouldn't have run around telling it to anyone.

Unless I previously mentioned a more specific moment and forgot about it, I think it just has to be assumed that she at least decided to share an abridged version with the rest of her close friends after the events of Hammerchlorians.