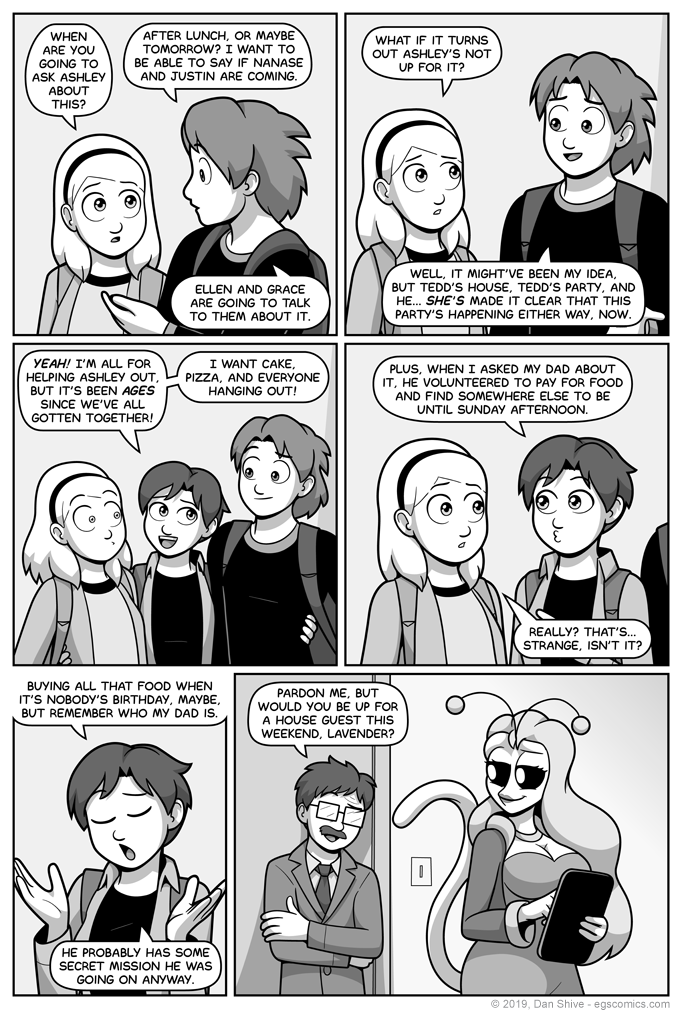 - The introduction of Lavender

It still counts as a secret mission if Mr. Verres was humming the Mission Impossible theme prior to asking this question.

I wasn't sure when exactly I'd get around to this little reveal, but then I found myself wanting to point out that the entirety of the party didn't actually hinge on Ashley's attendance, and the opening was there.

I mean, logically, Mr. Verres would have checked with Lavender before giving his answer to Tedd, otherwise what the heck would he spend his weekend doing if she said no, but the law of last panel reveals on a comic page and this being a visual medium DEMANDED he ask Lavender in person at that exact inexplicable moment.