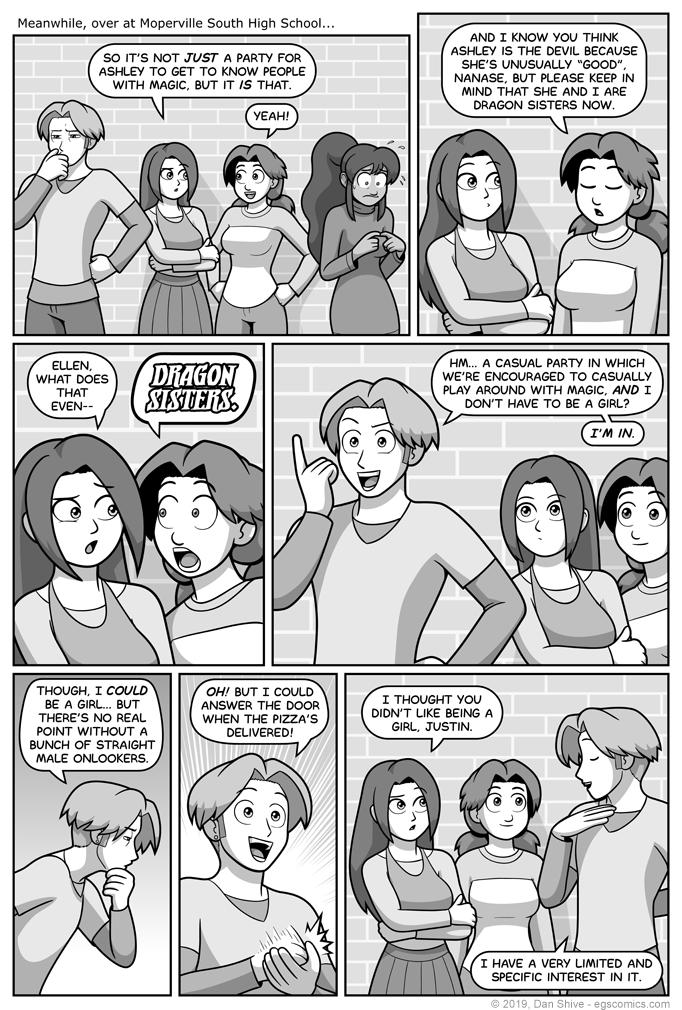 For anyone concerned, Justin won't spend the whole party as a girl just because of some wacky idea about being a woman when the pizza is delivered. He's just contemplating hijinks.

(Clearly, the story itself will make this obvious in time, but I foresaw questions when I wrote this).

I also decided their backpacks are on the ground, because I didn't want to draw them. Susan and I are appalled by this, obviously, but we'll deal with it.

I'm not sure what the deal is with Nanase's outfit. I just started drawing something and wound up with that.