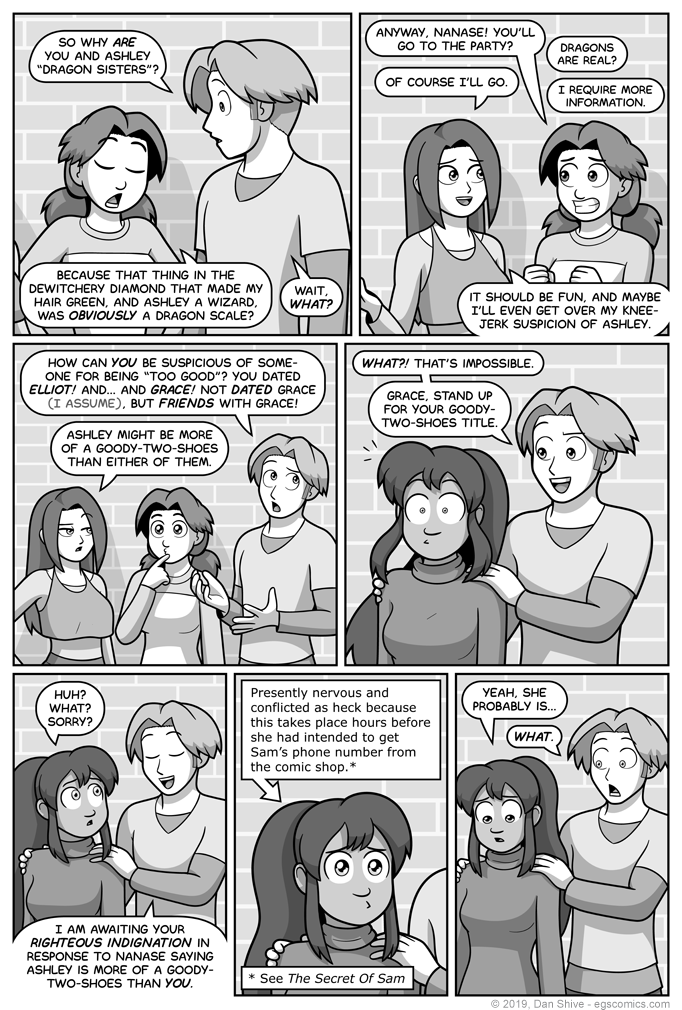 - Grace's near spiral into chaotic good

At least, I THINK that behavior while meaning well would have been "chaotic good"? I dunno. Maybe it's just neutral something. D&D alignments are confusing to my fragile little mind.

I hadn't planned to give a one-panel recap about the dragon scale in this comic, but enough people had the same question as Justin that I decided it was a good idea.

I know I had the reference in the previous commentary, but I'm of the opinion that the commentary should be optional reading, and I was getting the impression that a reminder of the dragon scale (and it theoretically affecting both Ashley and Ellen) was called for.

GRANTED, it was the shards of the diamond that were presumably responsible, not the core directly, but Ellen's focused on the dragon scale. Also, that way of telling it fits easier into a panel.

All that said, I think this page was improved by it, so yaaaaaay