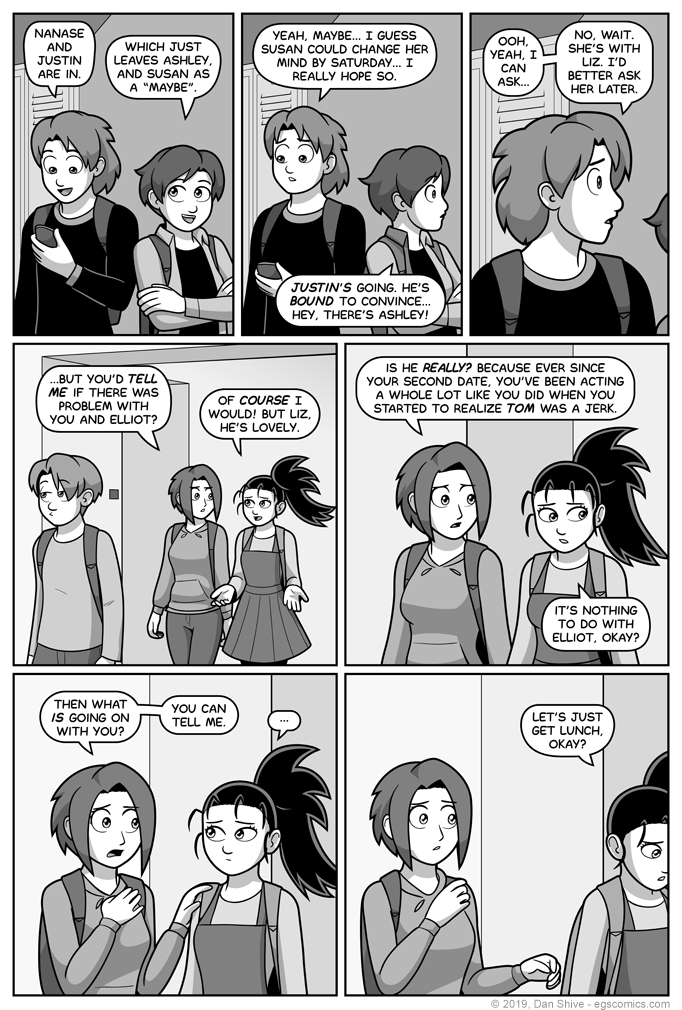 - Liz and Ashley are friends reveal

- Liz and Ashley chatting before Ashley's first date with Elliot

"Hey, kids! Want to be super heroes with secret identites?"

"Well guess what IT'S THE WORST"

A cookie to anyone who predicted this issue. Maybe two, since I can't recall anyone asking about it.