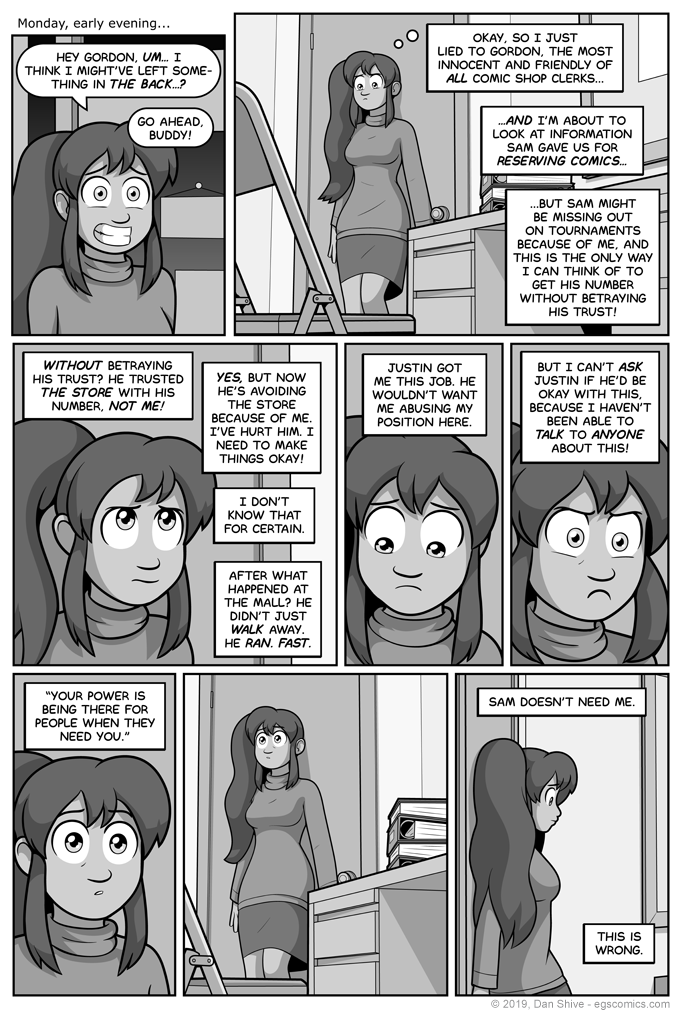 Welcome to the part of the storyline in which it's gradually revealed that literally everything was foreshadowing.

I expected a few people to immediately see the problem with Grace getting Sam's number this way after the previous comic, but I did not expect what seemed like the majority of readers everywhere to do so.

On the one hand, I was wrong about how much debate there would be on either side.

On the other, I have a lot of very ethical readers, so I'm taking that as a win.

I also think I might have failed to make clear that Grace specifically wanted to call Sam about him running away and possibly missing out on tournaments because of her. Just a hunch. I hope that's clear here, and I might edit the previous comic for clarity if a good way occurs to me.

I'm not sure if we can ever actually see Gordon now. He might have to remain mythical in his niceness and innocence as a comic shop clerk.