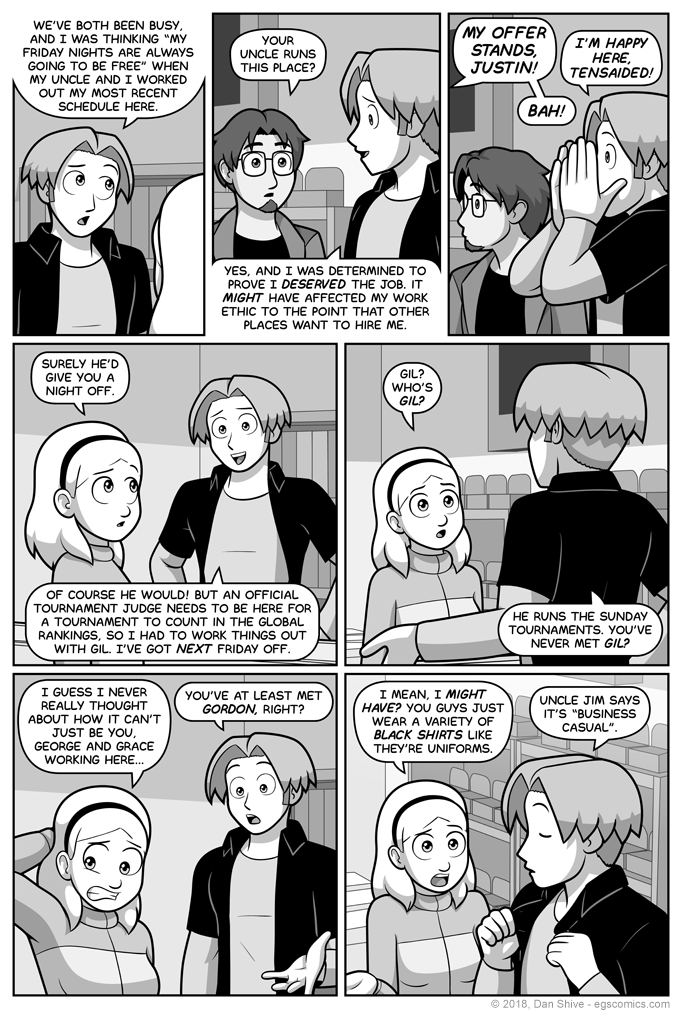 Much of this isn't hugely relevant to this current storyline, but I do like the world building here.

Granted, Tensaided having an interest in hiring Justin, there being unseen employees named Gil and Gordon, and Justin being an "official" tournament judge isn't exactly on par with, I dunno, the origin of orcs in Middle Earth, but I can still enjoy it. I'm also happy to have it stated that the employee "uniform" is simply wearing some variety of black shirt.

Speaking of Gil and Gordon, I originally called Gil "Al", but then I noticed George and Grace both have names starting with "G", and I remembered that thing with multiple exes of Nanase having names that start with "G".

Long story short, my brain decided all comic shop employees NOT related to Jim would have names starting with "G".

My brain also decided that it's entirely possible Gordon is one of Nanase's exes. Gil definitely isn't, because another part of my brain has inexplicably decided that Gil's at least in his late twenties.