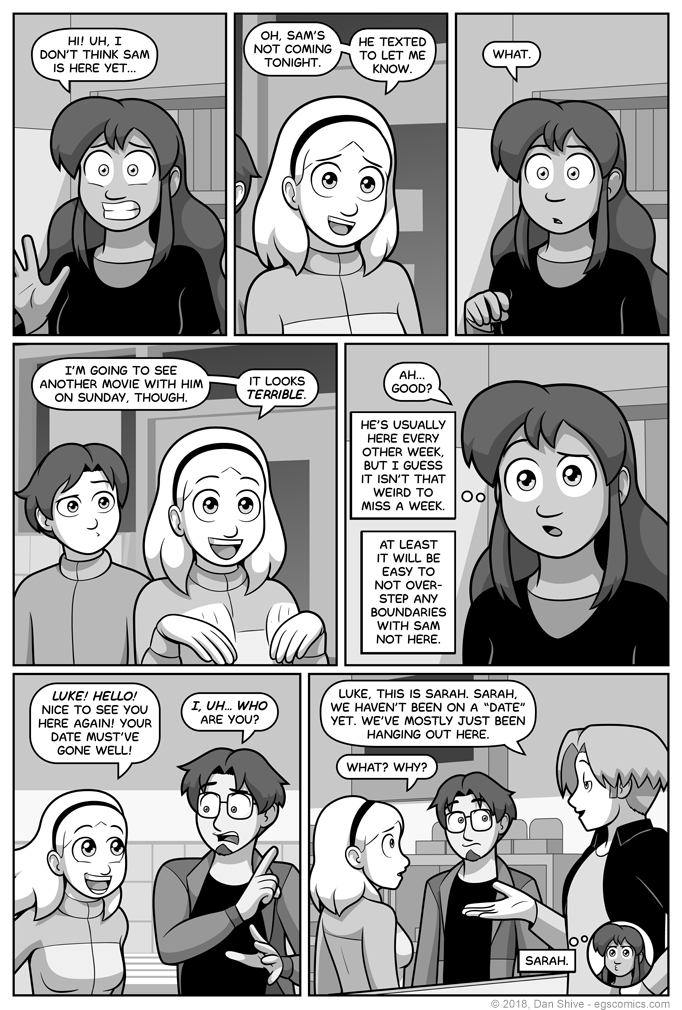 Could this mean... ANOTHER secret of Sam?!

Or maybe he just had other stuff to do. I mean, that happens. He doesn't HAVE to play card games every other Friday.

Judge Sarah all you want, dear reader, but she's asking this on your behalf.

Also because Sarah is possibly overly excited for Justin to have a boyfriend, but whether she intends to or not, SHE'S ASKING FOR ALL OF YOU.

And indeed, it's worth noting that Luke hasn't really met Sarah before now. He played a game against Tedd (and was nearly blinded by his magic power, but he wasn't sure that was from Tedd), and of course he met Justin and Grace, but this is the first time he and Sarah have talked.