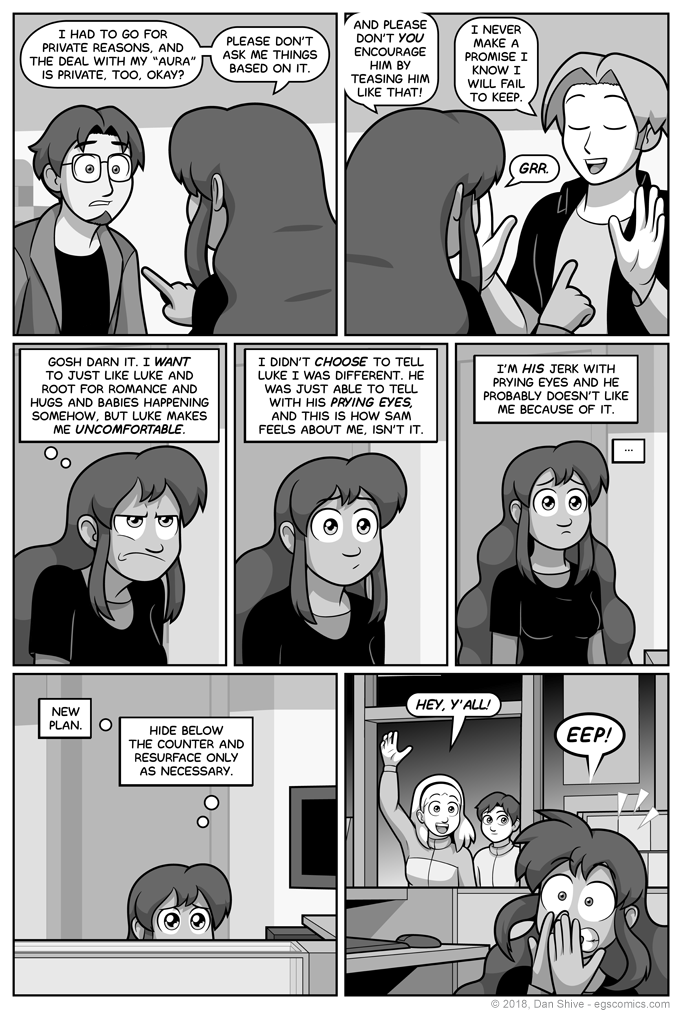 Grace was already aware of the whole "Sam didn't choose to tell her" issue, of course, but there's a distinction between knowing something and "getting" something.

Panel three is another example of writing for Grace by way of letting trains of thought keep going after they've wound up on the wrong tracks, but another method is to think up scenarios that would make for bizarre fan fiction and toss them in mid-sentence.

Both methods were used in panel three.