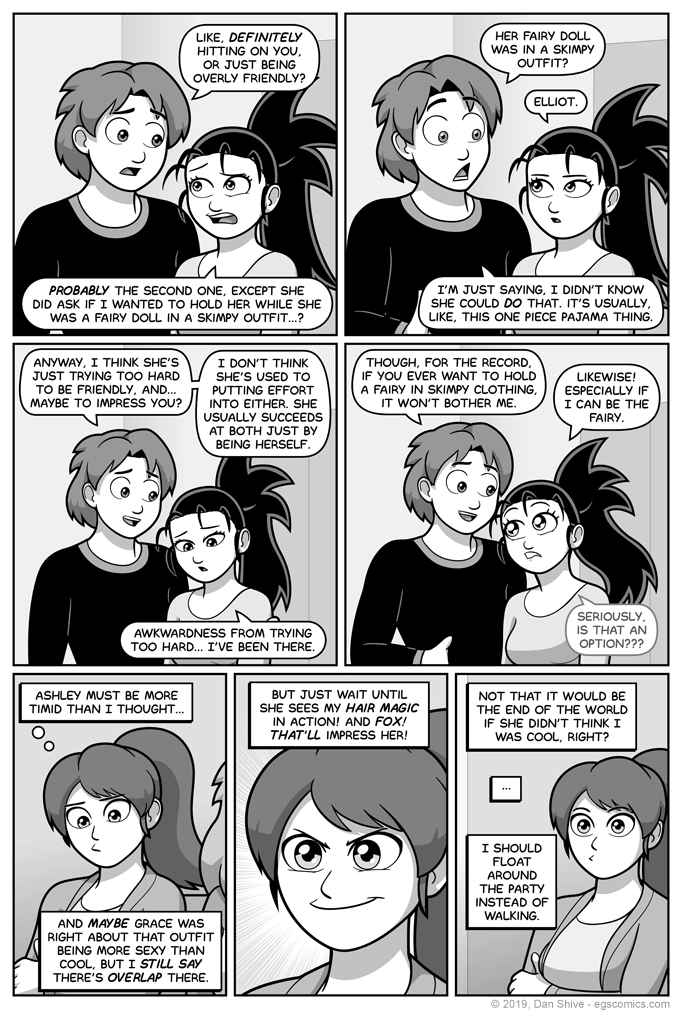 I promise not to overuse that Ashley face in panel four, unless I do.

I didn't want Elliot to just flat out dismiss Ashley's claim about Nanase, but I didn't want him to immediately say "why, that Nanase, whom I trust and have known for years! How dare she?!", either. I don't what grade one would give Elliot for his handling of this, but I'm hoping it's at least a "B".

And now, a conversation I had with myself earlier:

Me 1 - "It's going to be neat when we eventually get into why Nanase's acting the way she is!"