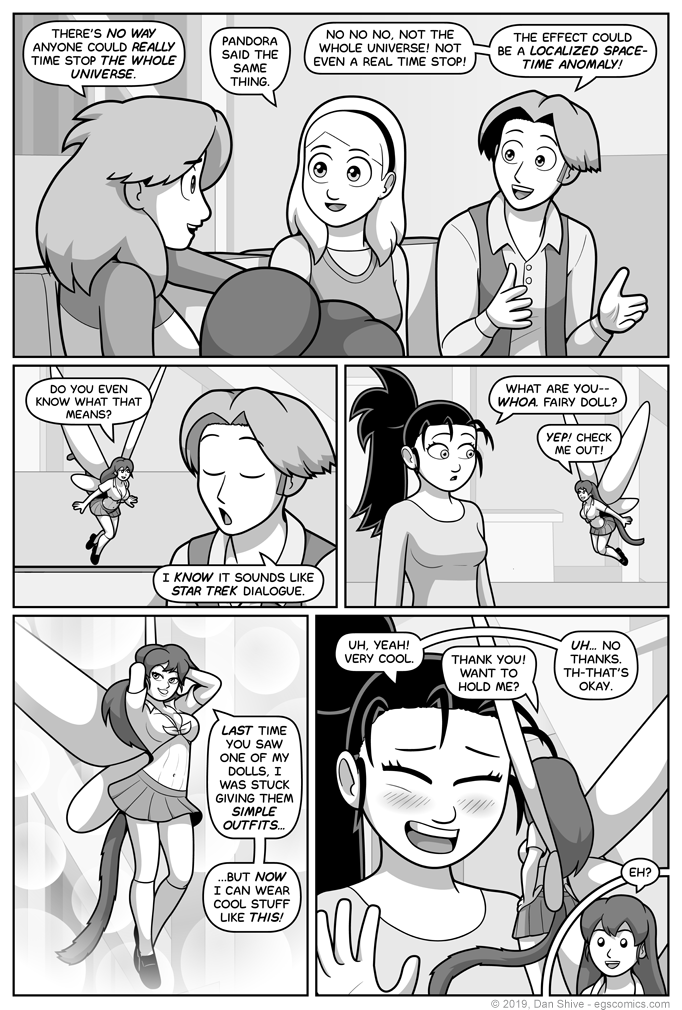 IT'S THE END TIMES, PEOPLE! THERE IS NO OTHER EXPLANATION!

As for the conversation we jumped into the middle of, Justin had proposed the possibility of a non-simulation Freeze Time spell.

As for whether that's actually possible within the internal logic of El Goonish Shive, um... I dunno? Relative time is an actual thing, but it's affected by, like... Speed? Gravity? Wibbliness? I guess maybe if you combine those with magic? Once magic gets involved, you're into fan fiction Star Trek territory, but it sounds like it could be in one of those?

Though, you'd presumably have to be in the space time bubble to experience it, so it's like, you and everything in the bubble would experience time at one speed, and everything outside would be experiencing it at another? Unless you have magic to be synced with the outside even while within, but the ramifications of that seem like it would be terrifying?

You know what? No. Get your science out of my magic nonsense, ME. If there is a way to make it work, it will be magical, and it will ignore everything Einstein has ever done.