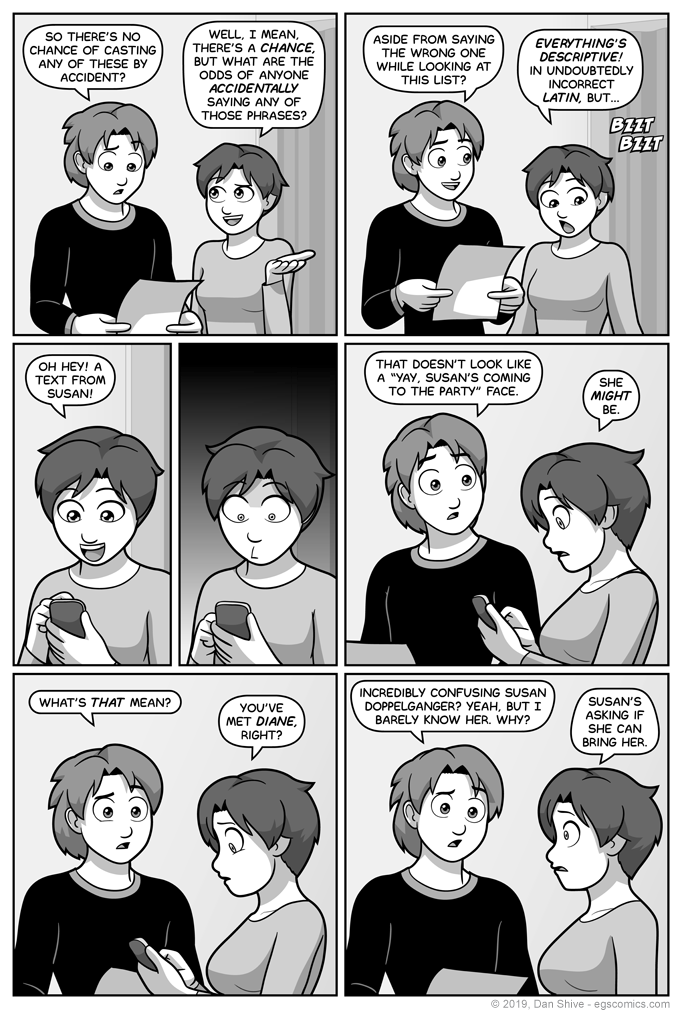 Yes, Susan is asking first. Sure, Diane would be fine with crashing (right up until it went horribly wrong), but let's give Susan (and the fact that she's the one who'd know how to get there) some credit.

Including this page was something of a last minute decision. I hadn't planned on actually showing Tedd receive Susan's question, and intended to skip right to her telling the others about it.

After thinking more thoroughly about Tedd's feelings on the matter, however, and how we haven't seen much of Elliot with no solid hint of what he's been up to other than "was by Tedd and holding a piece of paper", I decided this page was necessary, and that all of my plans were for naught.

Well, the first four panels were a necessity. I could've done the last three differently. Maybe a dinosaur could've shown up? That would've been rad. I'm going to be kicking myself about that.

As for where they are right now, this will PROBABLY be shown next comic, but they're on the other side of that curtain divider dealie in the basement (effectively in a separate room, but still in the basement).