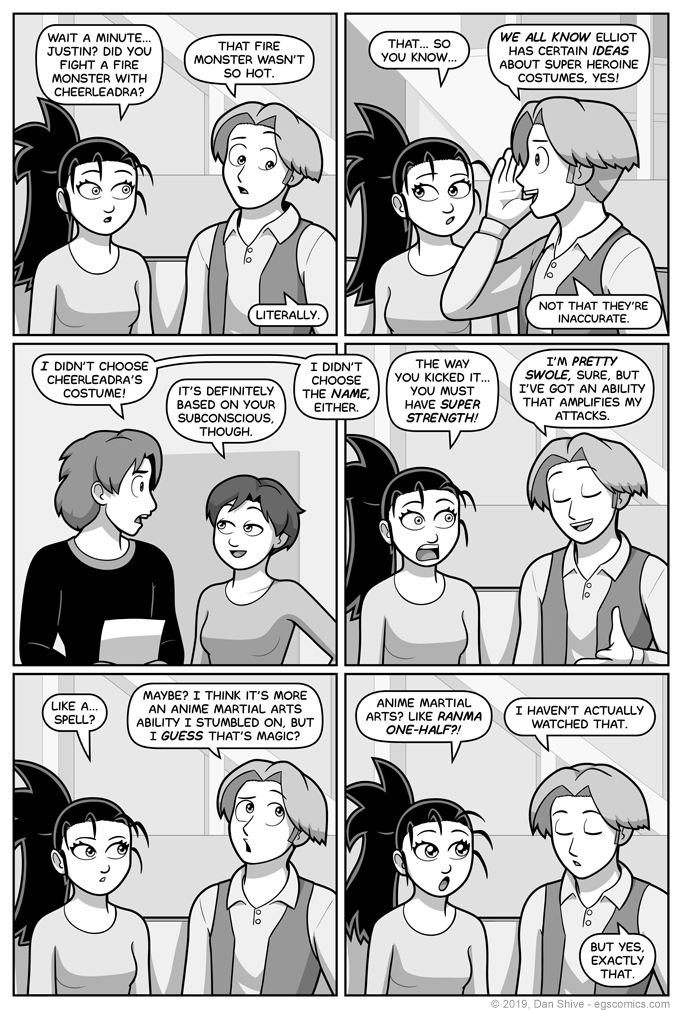 I meant that as a "Falcon Punch" reference, but I'm also reminded of "Lucy Kick" from Fairy Tail, which is literally just someone named Lucy kicking in some fashion.

Anyway, I swear the others are still in the basement. We'll see them next comic! Honest! There isn't some convoluted hostage situation going on right now that we were told not to make public that has resulted in us stalling for time while we desperately try to rescue Nanase, Ellen, Grace, and Sarah and get them back to the studio in time for the next comic!

Okay, that was a joke, but now I'm tempted to have a storyline with the implied context that the characters are desperately improvising due to some sort of behind the scenes weirdness that never gets directly acknowledged beyond a scene towards the end in which the situation has escalated, and the behind the scenes bad guy whom we've never seen before is also forced to improvise on-panel.

It's the sort of thing that seems brilliant until it's shown to a focus group and no one gets what's happening.