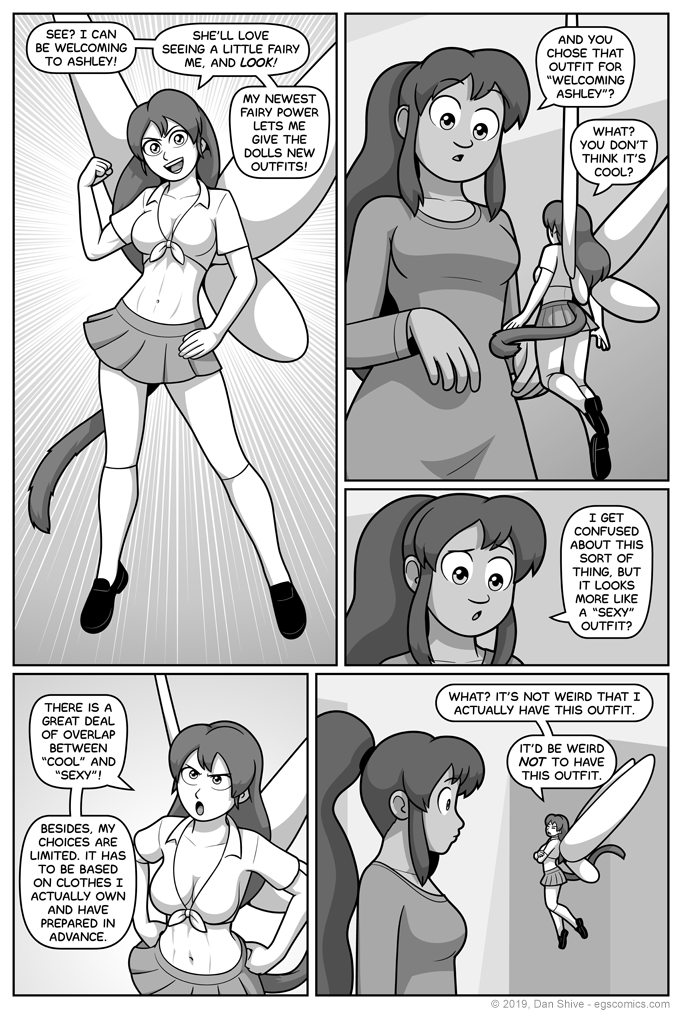 It's sort of been implied that Nanase wore revealing outfits to be rebellious, which, to be fair, was partly true. I much prefer, however, that rebellion not be the only reason, because that's just wearing something in response to other people, not because one actually likes those things.

And therefore, reinforcement of the idea that Nanase thinks such outfits are COOL!

I had originally imagined this comic being two-thirds this discussion and one-third more Sarah and Justin, but everything changed when the idea for a double-sized first panel attacked. That said, no, we're not done with Sarah and Justin talking about stuff before Elliot, Ellen, and Ashley arrive.

Tedd's around, too, but up to something NEFARIOUS!*

* Tedd is most definitely not up to something nefarious, but is definitely upstairs for some reason