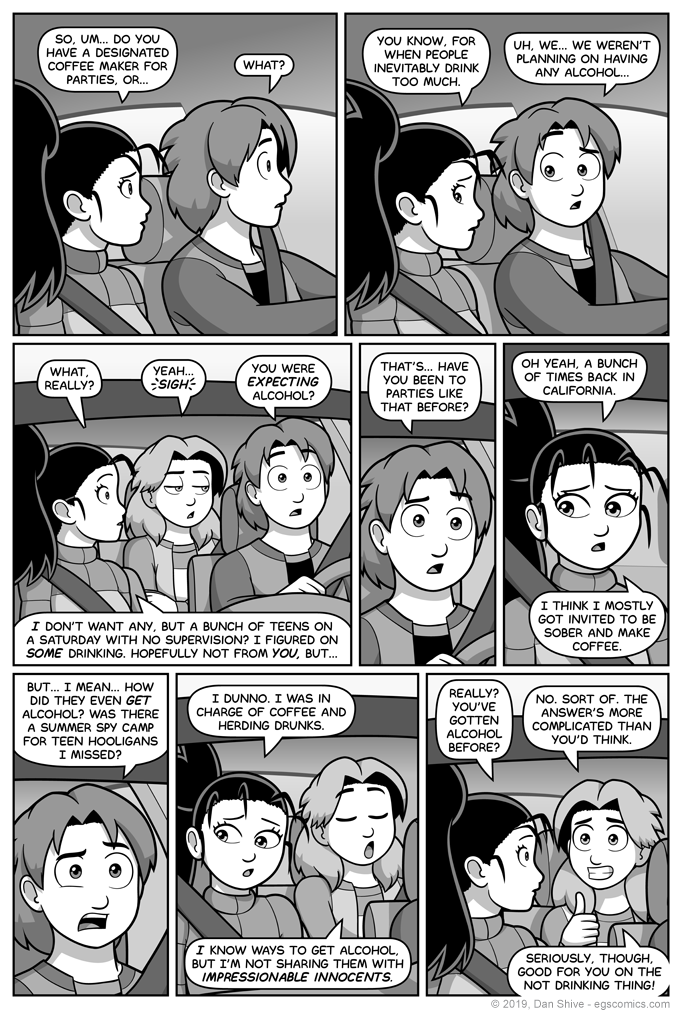 - "I'm from California!" (Ashley has a knee jerk reaction to food choices)

- "How's that possible?" (Elliot reacting to Liz smoking at a young age)

I'M STILL BITTER ABOUT EVERY PARTY I WENT TO AS A YOUNG ADULT.

Not wishing to think ill of anyone she's already met, Ashley most likely assumed that, were anyone to go overboard, it would be Justin or Grace. As much as I would naturally be opposed to either of them doing that, I have to admit to a morbid curiosity about those two being the only ones getting drunk at a party.

And fun reminder, yes, Ashley is relatively new to Moperville, and grew up in the mysterious land known as "California".