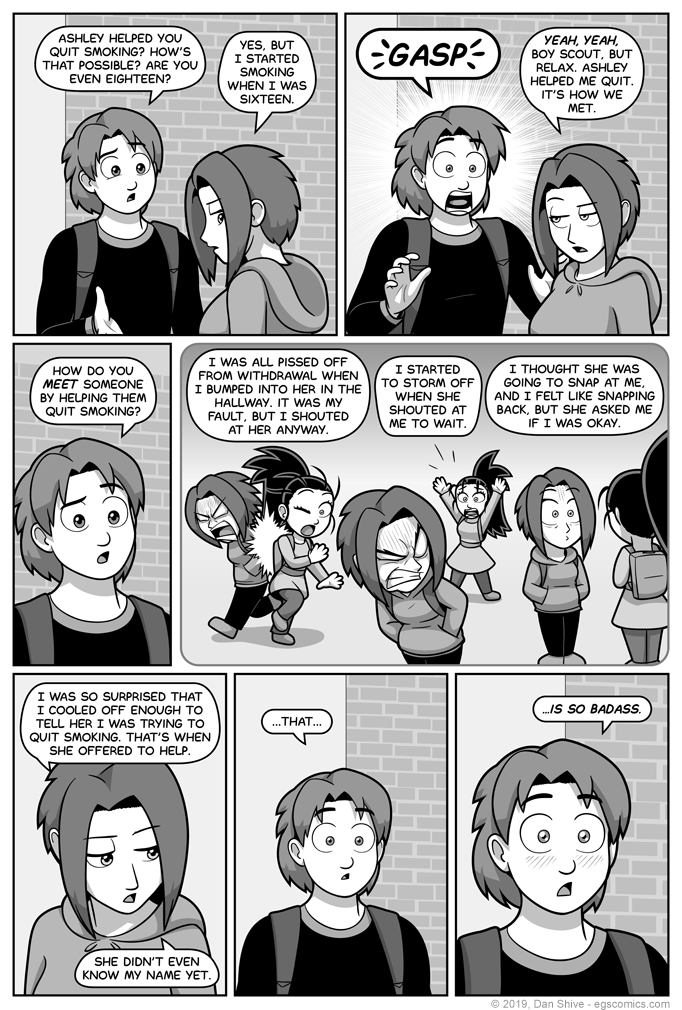 For the sake of pacing, I was considering cutting this bit of backstory and saving it for later. Then I realized how Elliot would react to learning Ashley did something that bold and selfless, and I said "yes this has to be included are you kidding me stop all of the presses".

Some states have raised the minimum age for purchasing to 21, so this page may date the comic somewhat. Granted, alternate universe and all that, but still.

Speaking of which, because this is an alternate universe of which I am at the helm, there's nothing electronic to smoke in this universe, for I am a vengeful cartoonist, and such things have been smote.