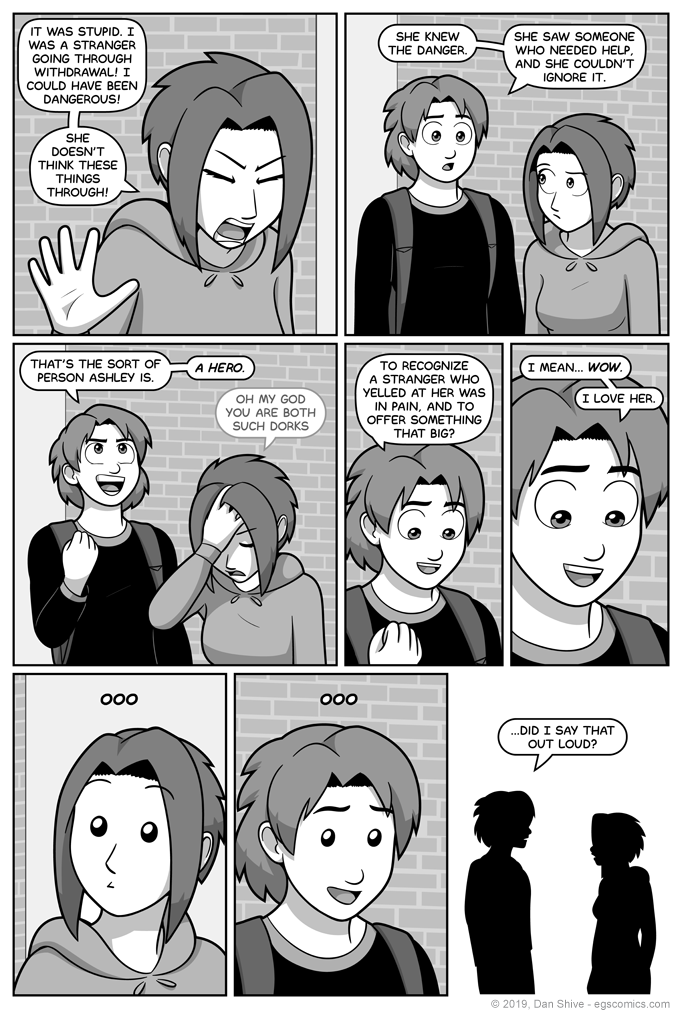 OH SNAP THIS ISN'T TANGENTIAL AT ALL

But I did say I was thinking of saving the backstory for later until I realized how Elliot would react, so there.

I'm not sure what's with me and the button eyes. All I know for sure if that there are moments in which I feel strongly about using them, and... Wait, I just said that same thing about silhouettes a few pages back, didn't I?

I'm just doing everything based on gut feelings, aren't I. I've no idea what I'm doing or why I'm doing it.

In a way, that takes the pressure off. Thanks, gut!

Anyway, yes, Liz totally appreciates what Ashley did. I originally wrote her clarifying that, but it didn't feel natural to me, and I felt her actions make that apparent even if she's critical of Ashley's actions out of concern for her.

Well, that, and there's this commentary.