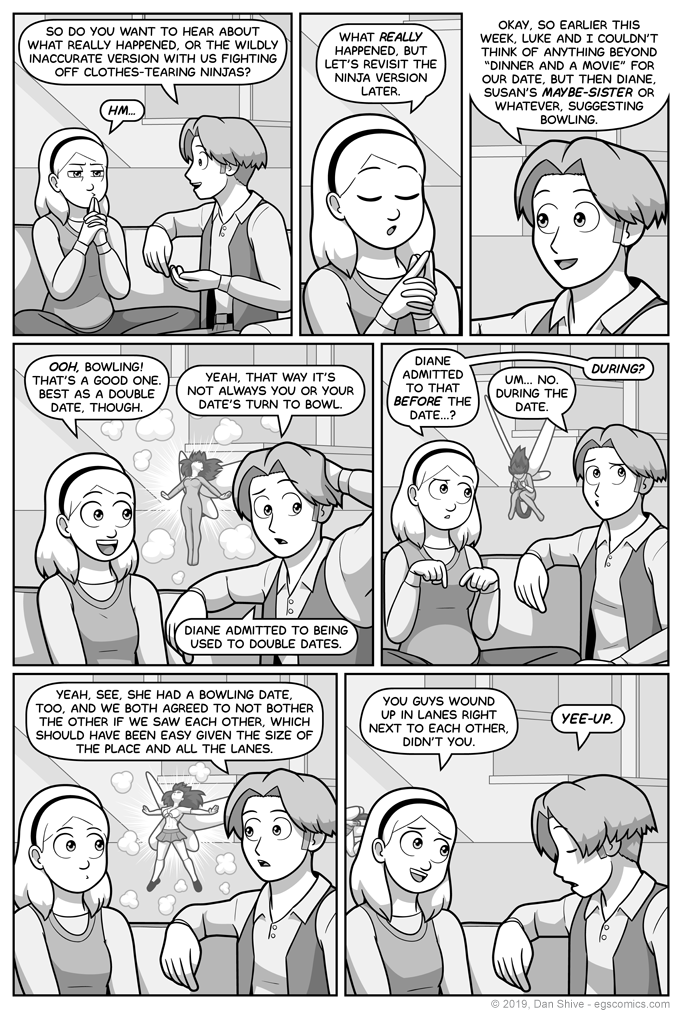 (EDIT - I wasn't feel well at all on Sunday, and decided to postpone comic updates to Wednesday. This was done with the bold assumption that I'd either feel better by Tuesday, or just sluggishly get things done while still getting enough sleep to recover)

I was literally about to type this commentary when I realized I'd left the layers with fairy doll Nanase hidden and nearly posted this comic without her in the background.

In my defense, she goes completely unacknowledged by Sarah and Justin, so it didn't seem all that weird for her not to be there.

Anyway NO COOKIES for anyone who saw the whole "Diane and Justin wound up being in neighboring lanes", BECAUSE OF COURSE THAT HAPPENED.

Nah, I'm just kidding. Have a cookie. Have two! Or none. Whatever. I'm not in charge of your eating habits.

However many cookies you have, though, have an extra one if you called that issue with the bowling suggestion mentioned in panel four, because I think at least two people totally called that.