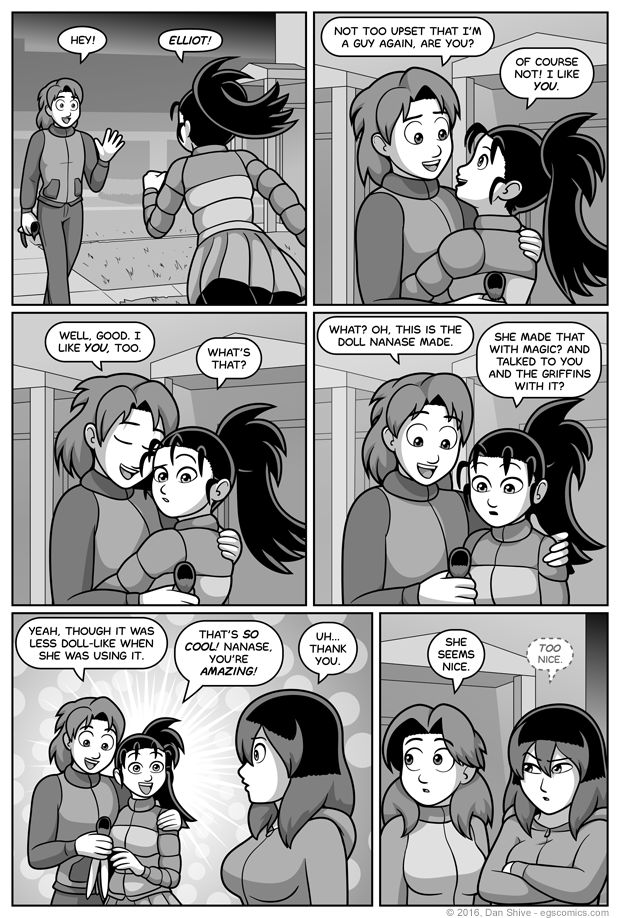 For one thing, I feel it's perfectly in character for her. For another, lots of readers have had similar suspicions for similar reasons. I bet many still do in spite of my saying for the record that the closest thing to evil she's done thus far was when she rationalized leaving her coat in the car.