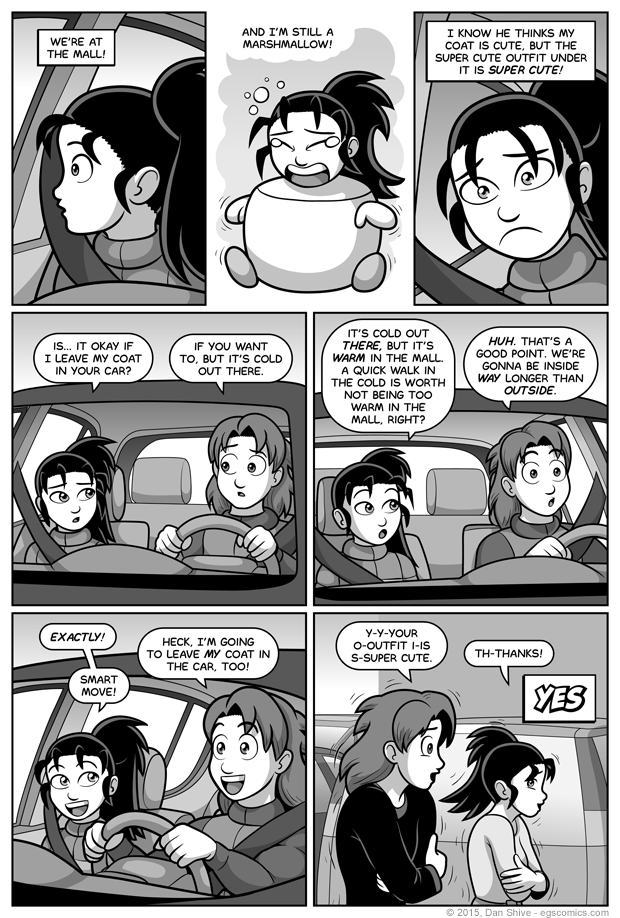 This entire comic would have been worth it for no other reason than the second panel.

There are times when it's probably a bad idea to leave enticing valuables such as super cute marshmallow coats in one's car, but I've done this at times. My car keeps me pretty dang warm, and I expect most places I go to be warm, so I've gone places without even taking a coat when it's been somewhat cold out.

Of course, if anything went wrong with my car and I got stuck somewhere, that could have proven to be a very stupid thing to do. I wasn't saying it's the smartest thing I've ever done. It's probably a good idea to at least have something to help keep one's self warm, just in case.

On a less serious note, let's all look at panel two again.